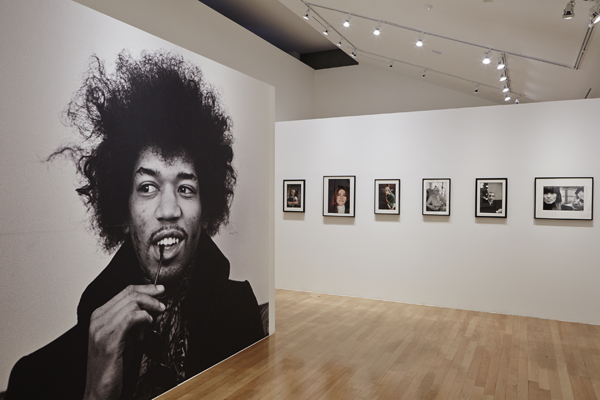 A picture of Jimi Hendrix, left, by Linda McCartney (1941-98) is one of the highlights of the “Chroniclers of the Sixties” section in the photographer’s first exhibition in Korea. “Linda McCartney Retrospective” was curated by her husband, the famous musician Paul McCartney, and their children. Provided by the Daelim Museum

Vibrant foliage lines the way to the Daelim Museum, where the “Linda McCartney Retrospective” is currently being exhibited. The work of the late photographer - better known as Paul McCartney’s first wife - is imbued with a sense of sentimentality that matches the late autumn ambience outside the venue.

The retrospective is a remarkable tribute to the leading music photographer, who was, first and foremost, the Beatles member’s life partner and a mother of four children.

McCartney’s work is touching and sympathetic; it is almost possible to see the love her family had for her through this exhibition, which her husband and children put together.

According to Daelim’s curator Kwon Jeong-min, McCartney was the first female photographer to have a picture chosen for the cover image on the front of music and culture magazine “Rolling Stone.” The photo was a portrait of Eric Clapton that McCartney shot while the star was on the same boat as her on New York’s Hudson River.

Soon after, McCartney married one of the most famous musicians in the world.

The photographer began expanding the scope of her art after she tied the knot by capturing intimate and casual moments of icons such as Jimi Hendrix, Jim Morrison, the Rolling Stones and, of course, The Beatles.

She was a friend of these celebrities, which gave her the opportunity to snap their precious moments. It is clear in McCartney’s work that she penetrated beneath the superstar veneer of many famous idols from the 1960s.

Among the best images in the exhibition is a picture of Jimi Hendrix smiling unselfconsciously. Many people remember him as an eccentric performer yet as his one of best friends, McCartney captured his warm-hearted, tender and sentimental side in this photograph. 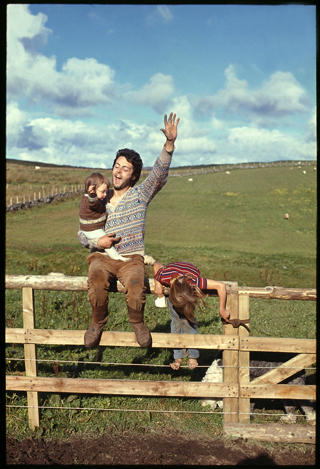 “Mary, Paul and Heather”(1970), is also part of the “Linda McCartney Retrospective.”Provided by the museum

Big Beatles fans will appreciate a picture of John Lennon and Paul McCartney shaking hands amid rumors that they were pushed to reconcile to make a new album. Yet their faces are wreathed in smiles, as if telling the true story behind their repatriation in the band.

These images come under the theme “Chroniclers of the 60s” and also include studio sessions with stars such as Stevie Wonder and Michael Jackson.

But the exhibition is also a packed family album full of touching and unseen photographs that show McCartney’s husband raising their children - whether at home in London, at their farm in Scotland or on vacation at the Grand Canyon in the United States.

At the beginning of this section of the show, “The Family Life,” is a black-and-white picture of Paul standing on a fence wearing a night-robe. Stella, the couple’s youngest daughter, crouches on the ground while their smallest son leaps off a Land Rover while in his pajamas.

This portrait shows how McCartney was able to take mundane moments and turn them into art. The daily life of her family is still alive through her photographs, which are imbued with the love of a mother and a wife. 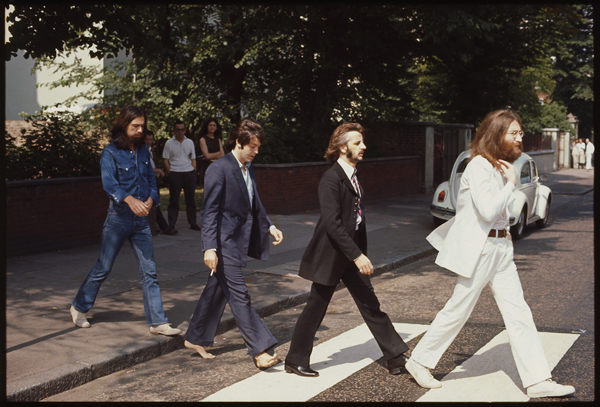 “The Beatles, Abbey Road, London”(1969) is also part of the “Linda McCartney Retrospective.”Provided by the museum

In general, people regard art exhibitions are being too difficult to understand. The “Linda McCartney Retrospective,” however, is easy to approach and is enjoyable as it will allow visitors to reminiscence about their own memories of family, friends and small moments from the past.

Fans of the Beatles or the 1960s will also find this exhibition evocative.

“Linda McCartney Retrospective” is currently open and continues to April 26.

Admission is 5,000 won for adults. Take subway line No. 3 to Gyeongbokgung station and leave at exit 3.