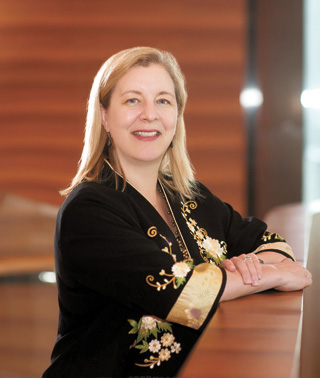 Much attention has been paid in recent months to President Park Geun-hye’s deregulation initiative. President Park denounced unnecessary regulations on business as Korea’s “archenemy” and a “lump of cancer” and stressed the importance of deregulation.

Both the foreign and domestic business communities have welcomed this focus on ensuring the “right” regulations that protect consumers and at the same time encourages innovation and economic growth. While all governments around the world regulate in order to protect consumer and industrial safety, protect the environment, and set terms of employment, an appropriate balance must be set. It is clear that having more regulations does not necessarily make a society safer or an economy more creative.

At the same time that the government is focused on “one-in, one-out” deregulatory efforts, there are some areas in which it appears to be “super-regulating,” going far beyond what other countries do. One example of this is in the area of “consumer protection.” While some people may argue that allowing freer market competition thwarts the interests of consumers and advocate for stricter rules governing businesses, there are many cases where regulations intended to protect the interests of consumers are actually harming them in a number of ways.

One area in which Korean regulation has gone beyond international norms relates to new directives that companies cannot have “no refund” policies. Take airline tickets for example. To prevent seats from going empty, global airlines often sell seats just prior to flights at or below the actual cost of the flight. This has long been a “win-win” for both sides - it helps airlines avoid losing money on those flights and gives consumers deals on what are usually much more expensive tickets.

In Korea, however, recently enacted Korean Consumer Agency regulations require international airlines to honor all consumer requests for refunds of unused tickets, at any point. Korea Fair Trade Commission rulings take this one step further, mandating that no penalties may be imposed on consumers who reverse their ticket purchase decision within seven days of purchase, even if they have previously consented to restrictions or penalties. This new regulatory structure has effectively prohibited the sale of non-refundable tickets in Korea, making this a “lose-lose” situation for both the airlines and the consumers.

Another example of negative effects of new consumer protection laws can be found in the ever popular game industry in Korea. Under the E-Commerce Consumer Protection Act, game users are allowed to cancel their purchase of unused digital items for up to seven days. Thinking of my favorite online game, I could not understand how I could get a refund if I purchased, for example, food for my pet dragons (which I feed to them immediately of course). But what this means, is that global online game companies have had to develop a separate system just for Korea under which Korean users get extra opportunities or “a second chance” to decide whether they really want to keep and use the digital items they purchase. Because companies need to adjust their global business models just for the Korean market, this raises their costs which they, logically, pass on to Korean users. I have also heard that game developers abroad find writing for the Korea-unique regulations very difficult, making it more and more likely that Korean consumers will not get access to some of the most popular games around the world.

In the IT sector, which is known for its competitive, fast-changing environment and ever-shrinking product sizes, the amendment of the Electrical Appliances Safety Control Act under the Korean Agency for Technology and Standards requires many IT companies to put extensive labeling on a diverse set of products.

Of course, it is logical for safety agencies to require that companies provide consumers with specific product and safety information. However, it is highly unusual for a safety agency to require information such as contact information for products and services, voltage, manufacturing plant and importer of the products. This regulation is causing world-class IT companies to hold off the launch of cutting edge products in the Korean market. Once again, these kind of Korea-unique consumer protection regulations not only increase the cost of products to consumers here, but delay (possibly indefinitely) the release of new and popular products and restrict the consumer’s right to choose.

At the end of the day, Korean regulators must protect Korean consumers - that is one of their key functions. However, with an aim to take Korean business and the Korean economy to a higher level, I would urge Korean regulators to ensure that “consumer protection” regulations do not cause unintended consequences in the form of increased costs, decreased consumer choices, and stifling the development of local industry.