Bieber on track to end case

Bieber on track to end case 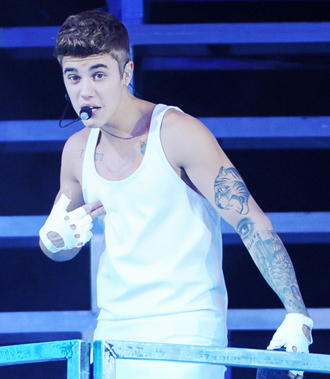 LOS ANGELES - Justin Bieber has paid more than $80,000 to the owner of a home he egged but has otherwise made slow progress on the terms of his sentence in the vandalism case, probation officials said in a report disclosed at a hearing Monday.

The pop singer has yet to begin his community service or complete the majority of the anger management sessions ordered by a court, the officials wrote to the judge handling the case.

Still, Bieber’s attorney Shawn Holley said the singer is on track to complete his sentence by February.

Superior Court Judge Leland B. Harris did not express any concerns about Bieber’s progress and ordered the singer’s case to be called again on Feb. 10 for an update.

Bieber was sentenced to perform five days of community service, complete 12 anger management sessions, and pay $80,900 to repair damage to his neighbor’s home in the egg-tossing incident.

Bieber, 20, paid the restitution in August, a month after he pleaded no contest to vandalism and was placed on two years of probation.

Probation officials noted that Bieber has been charged with dangerous driving and assault in Canada stemming from a confrontation with a paparazzo in late August. Probation officials recommended waiting until after a Nov. 17 court hearing to determine whether that case requires any action by the court in Los Angeles.

A case filed after a Toronto limo driver reported that Bieber assaulted him was withdrawn in September. AP