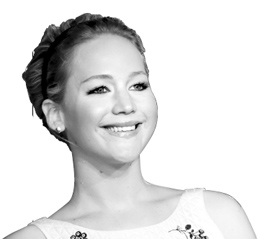 LONDON - Hooded people are shot dead in “The Hunger Games: Mockingjay - Part 1,” third in the dystopian fantasy films aimed at teenage girls that had its world premiere on Monday, but star Jennifer Lawrence does not think the darker plot will lose viewers.

The tribute “Hunger Games” gladiatorial contests to the death that made Lawrence’s character, the archer Katniss Everdeen, a symbol of female empowerment, are over and the action moves underground to a previously unknown District 13, run by a President Alma Coin played by Julianne Moore.

She is planning all-out war against the oligarch President Coriolanus Snow, played by Donald Sutherland, who runs the Capitol which rules over “Panem” and forces elite young people to fight every year in the televised tribute games meant to keep the population amused - and in check.

Asked if she thought the young audience might be overwhelmed by the darkness of the new film, in which the Capitol broadcasts a propaganda video showing hooded victims being shot, Lawrence said, “Well, you know, we’re continuing Katniss’s journey.

“It’s not really about picking up with the games anymore, we’re moving into a real war between District 13 and the Capitol so things are naturally getting darker storywise, visually, because we’re underground a lot in District 13. We’re following her journey,” she told a news conference.

The Hunger Games movies, based on the best-selling books by Suzanne Collins, have so far grossed $1.6 billion worldwide. Reuters