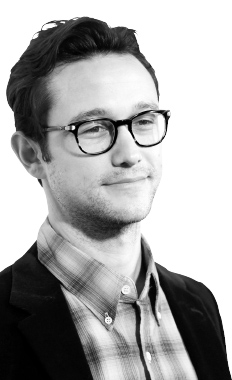 LOS ANGELES - Actor Joseph Gordon-Levitt will play Edward Snowden in a movie directed by Oliver Stone about the former National Security Agency contractor who blew the whistle on the U.S. government’s mass surveillance programs, the film’s backers said on Monday.

Stone, who won best director Oscars for “Platoon” and “Born on the Fourth of July,” has written the screenplay based on two books - “The Snowden Files: The Inside Story of the World’s Most Wanted Man” by Luke Harding and “Time of the Octopus” by Anatoly Kucherena.

Producer Moritz Borman said in a statement that he and Stone chose Open Road and Endgame because “this film needs an independent in the true sense, where political pressures will not come into play.”

Snowden leaked tens of thousands of classified intelligence documents to the media in 2013 and sparked a firestorm over the NSA’s gathering of data from the Internet activities and phones of millions of ordinary Americans and dozens of world leaders.

The recently released documentary “Citizenfour” by Laura Poitras chronicles how the former NSA contractor decided to leak the documents and the global repercussions of that act.

Snowden spent almost six weeks at Moscow’s Sheremetyevo airport before Russia granted him asylum for a year on Aug. 1, 2013, creating a furor in the United States. In August this year he was given a three-year resident permit by Russia and now lives at an undisclosed address in Moscow.

Gordon-Levitt, 33, most recently directed and starred in “Don Jon” and has acted in high-profile films “Lincoln,” “The Dark Knight Rises” and “Inception.”