Jung ready to move on from ‘Watchman’

Jung ready to move on from ‘Watchman’ 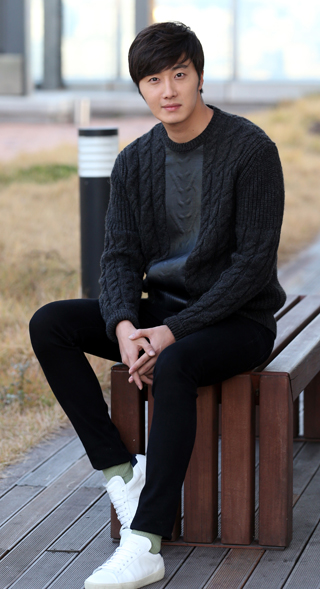 
Historical dramas with a fictional twist and fantasy elements have been popular in Korea for some time now, but some receive mixed reviews.

Culture analysts said its slapdash computer graphics were painful to watch but that Jung Il-woo, the actor who played the main character, Yi Lin, saved the show.

The 24-episode drama still managed to rank No. 1 among dramas in its time slot and enjoyed 12.5 percent ratings for its last episode, which aired on Oct. 21.

In a recent interview with Ilgan Sports, an affiliate of the Korea JoongAng Daily, Jung said he tried to put his heart into his character.

Q. How do you feel about finishing “The Night Watchman’s Journal”?

A. It helped me to grow as an actor. The director often told me to act as I feel, as I wish. Sometimes I was unsure if I was doing it right. But in the end, it helped the drama, I think. As always with my roles, I worked hard to put my heart into the Yi Lin character. As for the ratings, I usually don’t care much about them. And I think not minding actually helps.

Are there any things that you would do differently? People seemed discontent with the drama’s computer graphics.

Because of the tight schedule, there were times when we weren’t really paying attention to the details. I would want us to do that differently given another chance. I was personally satisfied with the computer graphics, though. I think it’s because I know how hard the technicians worked on them. I also have a friend who is in that business, so I know the difficulties involved.

You were recently chosen as the only Korean actor to attend China’s 2014 Cosmo Beauty Awards and received a prize. What was that like?

I am honored and grateful, particularly because I was the only Korean to receive an award there this year. I feel that the award will help me work more in China. I have been given several offers, for commercials and other programs there. It’s too early to tell at this stage, but I am reviewing the offers.

Next year marks the 10th year since your debut. What are your plans?

Looking back, so many things have happened. Probably the best thing I ever did in my life was going ahead with filming the “Highkick” sitcom [on MBC] in spite of suffering from an injury due to a car accident. My doctor told me not to go out or even move, but I just pushed on with working on the sitcom.

When I think back, I guess it was my role in “Highkick” that made me who I am now. I don’t plan to take any breaks, and I can’t wait to make a final decision on my next work. I am grateful that I am able to act, and so ready.