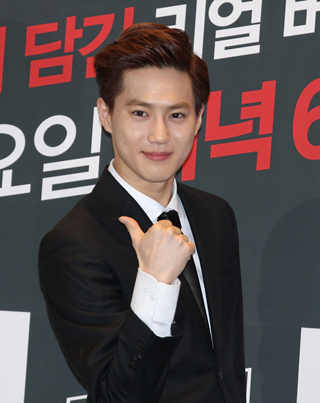 The father of a member of K-pop boy group Exo has requested that the police investigate Internet users who allegedly spread false rumors about him and his son.

Kim Yong-ha, the father of Suho and a professor of finance and insurance at Soonchunhyang University, told Yonhap News yesterday, “I’ve been reading Internet posts that label me as pro-Japanese, which also concluded that Exo’s leader is also pro-Japanese.”

Suho is the leader of the 10-member boy group.

“Some of the posts have crossed the line so I have requested an investigation into them,” Kim added.

Because Kim used to work for Citizens United for Better Society, a conservative civic group, some Internet users consider him to have pro-Japanese sympathies as they connect the group with people who supported Japan during its rule of Korea.

“It is not true that I’m pro-Japanese, and these Internet users defame my son’s reputation, too. I will sue the Internet users at Seoul Central District Court soon,” he said.