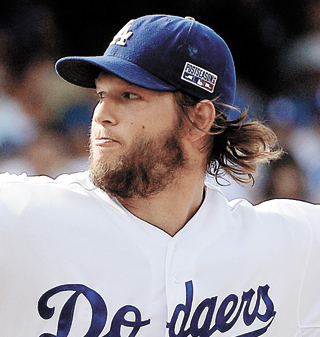 Los Angeles Dodgers ace Clayton Kershaw was a unanimous choice as National League Cy Young winner, while Corey Kluber of the Cleveland Indians was a surprise winner as the American League’s top pitcher.

Kershaw won the award on Wednesday for the second year in a row and third time in four seasons after a 21-3 performance.

In contrast, Kluber had just 36 Major League Baseball starts before 2014. He went 18-9 with a 2.44 ERA after a brilliant second half to win a tight race over 2010 winner Felix Hernandez of the Seattle Mariners.

Kluber, 28, collected 17 first-place votes with Hernandez getting the other 13 from members of the Baseball Writers’ Association of America to outpoint “King Felix” 169 to 159.

“I really didn’t expect this,” Kluber said in a conference call. “I was fully expecting Felix to win it, [given] how good of a year he had and who he is.”

Kluber logged a sterling ERA of 1.73 after the All-Star break as Cleveland made a run for the playoffs.

While Kluber arrived on the big stage, fellow Texan Kershaw further underlined his status as the best pitcher in the majors.

The 26-year-old lefty, who became the youngest pitcher to win the Cy Young for a third time, led the majors with a 1.77 ERA. He struck out 239 batters in 198 1/3 innings, pitched a no-hitter and led the league with six complete games.

Yet the season ended on a down note for Kershaw, who failed to twice protect leads he carried into the seventh inning as the Dodgers fell to the St. Louis Cardinals in the playoffs.

“Obviously winning the Cy Young Award is something you never want to take for granted,” he said.

“For me, personally, the season didn’t end the way I wanted it to. I didn’t pitch well enough to win games and that’s ultimately why we play the games, to win the World Series.”