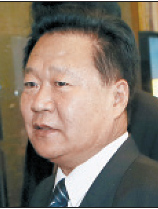 North Korea said yesterday its leader Kim Jong-un will send Choe Ryong-hae, a top official of the Communist regime, as his special envoy to Russia.

The North’s state-run Korean Central News Agency announced that Choe, a member of the Politburo Presidium of the Workers’ Party and a secretary of the Workers’ Party Central Committee, will visit Russia in the near future. The report did not elaborate on the purpose of Choe’s trip or whom he will meet in Russia.

Choe, one of Pyongyang’s power elite, was Kim’s special envoy to China, and he met with Chinese President Xi Jinping in May last year. He was also a member of a high-profile delegation that visited South Korea last month.

Expectations are high that Choe will meet with Russian President Vladimir Putin. The Russian leader is scheduled to attend the Group of 20 meeting in Australia over the weekend, and Choe’s trip is expected to take place as early as next week.

Pyongyang has stepped up efforts recently to bolster its ties with Moscow as its longtime alliance with Beijing goes through an unprecedentedly rocky stretch. The North’s relations with China worsened rapidly after it conducted a third nuclear test last year despite Beijing’s warning not to.

Choe’s trip will be the last in a series of high-profile exchanges with Russia. North Korean Defense Minister Hyon Yong-chol met with Putin earlier this month during a trip to the country to celebrate the 90th birthday of former Soviet Union Defense Minister Dmitry Yazov.

Russia, which wants to increase its influence in the Northeast Asian region, has responded positively to the North’s efforts to bolster ties. The two countries have agreed to a joint venture project to renovate North Korea’s fraying railway network.