Ringing in a win

Ringing in a win 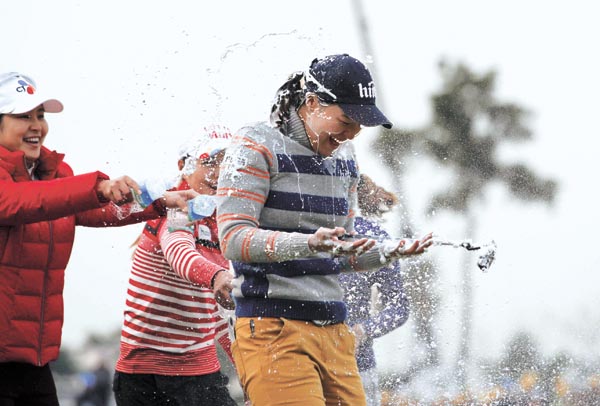 Players celebrate yesterday after Chun In-gee, right, wins the KLPGA Chosunilbo-Posco Championship held in Incheon. She was ranked second with six-under 138 until the second round, three shots behind leader Heo Yoon-kyung, but won the contest after she hit six-under 66 yesterday. [NEWSIS]