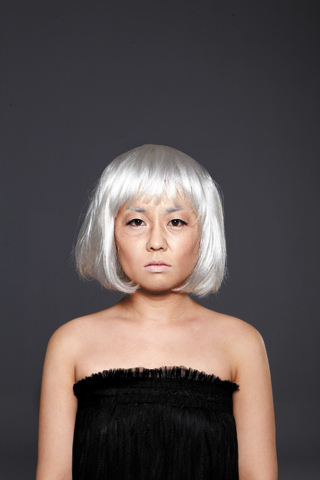 Pansori singer Min Eun-kyung is one of three performers cast as Chunhyang, the lead female character in “Different Chunhyang.” Provided by the National Changgeuk Company

There are so many performances based on “Chunhyang,” one of the best-known Korean folk tales, that audiences are beginning to grow tired of it.

The upcoming performance by the National Changgeuk Company is titled “Different Chunghyang” as a result.

When Kim took the position as artistic director of the National Changgeuk Company in 2012, one of her pledges was to revive the five surviving pansori tales of Korea - “Chunghyangga,” “Heungbuga,” “Simcheongga,” “Jeokbyeokga” and “Sugungga” - from the perspective of the “world masters” in an effort to take changgeuk, or the traditional Korean opera performed with pansori, to the international stage. 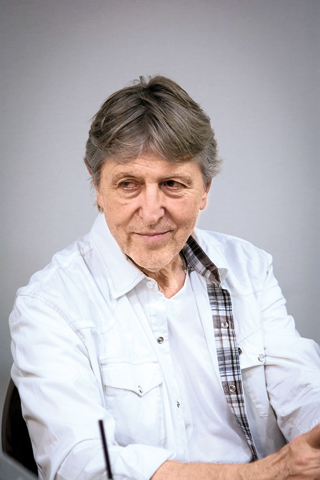 “Every time I peek into the rehearsal room, I see that Serban is creating a ‘Chunhyang’ that no one is familiar with,” said Kim. “Through his direction, I’ve realized that our ‘Chunhyang’ can be interpreted in such a way. This time, the Korean audience will be able to enjoy how a beautifully modern drama and pansori can form a harmony together.”

Serban explained that he found “Chunhyang” more appealing than “Heungbuga.”

“The ‘Heungbu’ story seemed to me like a comedy where there are a lot of stories and adventures, where people laugh a lot and eat a lot all the time,” said Serban.

Although it seemed like Serban was confident when he chose to recreate “Chunhyangga,” the director, who is known for his innovative interpretations, said it was “quite intimidating at first to approach the story.

“It’s been a long road coming here, where we are today,” said Serban during a press conference held last week at the National Theater of Korea in central Seoul. “Because for some of us who are from a totally different culture to come and try to approach a story that’s so deeply rooted in Korean consciousness, it’s not easy; it’s in fact intimidating. It took us nearly one year to really get over this fear of going into the unknown.”

But after coming to Korea and meeting his pansori singers and choreographer Ahn, who he saw performing in a video during his research into the folk tales, Serban said he realized it would not be as difficult as he first thought.

“These pansori singers, who have grown up with the very strict discipline of traditional singing, they have also a great desire to break all these strict rules of discipline and technique and feel free to try something completely new and fresh for them,” said Serban.

“Because they have this very precise discipline, it’s a big advantage in relation to modern actors … When you have this technique and style, all I have to do is ask them to use gestures that are not artificial, using vocals on a surface that’s more adventurous than you’ve ever used before. And that’s when choreographer Ahn helped me greatly.”

Serban said Ahn has the ability to talk directly to the actors in a very concrete way, directing them on “how to just let go free of the body and to get rid of all the cliche of the movements and to do something that is totally new and free.”

Koreans who are familiar with Ahn may have been surprised to see her collaborating with Serban because she is known for her distinctive characteristics. She herself says that she “doesn’t work with others.”

“I am an artistic director, and everyone knows I am that kind of a character who will not work under somebody else. But it’s been great working with Serban. It was in fact brave of him to ask me to work with him,” said Ahn, chuckling.

“I am very strict and straightforward, but tolerating someone like me and leading the whole troupe this far, I realized that he’s not a master for nothing.”

Despite her admission that she prefers to work alone, Ahn decided to collaborate on “Different Chunhyang” because she wanted to make an effort to globalize traditional Korean cultural performances.

“I believe what the National Changgeuk Company is doing is very desirable,” said Ahn.

“Our country says we are globalized, and that we are going international, but in fact, we’ve been somewhat closed ... we say we are a global leader and we are a developed country and we love gaining success abroad, but we feel uncomfortable with foreigners coming into our country and messing up our system and are especially afraid that something terrible might happen if they do something to our tradition. But I hope Korean traditional works become like Shakespeare’s ‘Hamlet,’ for example, and hope a lot of international directors actually fiddle with the work.”

In agreement with Ahn, Serban said he thought Kim was crazy when she told him that “I could do whatever I want to ‘Chunhyangga.’?”

“When I first approached this work and listened to the music, it sounded so perfect,” said Serban. “The traditional dances with fans and all that looked perfect. I asked myself what could I do with something that’s so perfect. But I realized that this material is like Shakespeare. Because with Shakespeare, you can also turn it around, upside down and inside out. You can do anything because the material is so generous.”

The National Changgeuk Company’s “Different Chunhyang” will be staged from Thursday at the National Theater of Korea until Dec. 6.