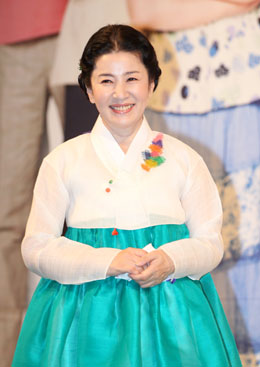 Actress Kim Ja-ok died yesterday at 7:40 a.m after suffering from lung cancer. She was 63 years old.

Kim was originally diagnosed with colorectal cancer in 2008, which spread to her lungs and lymph nodes.

The actress’s family was at her side when she passed away.

According to Kim’s agency, Soul Jacker, the lung cancer recently recurred and she was hospitalized four days ago because of her deteriorating condition.

The actress, who had a prolific career since her debut in 1970, acted in numerous TV dramas.

Most recently, she appeared in popular reality TV show “Sisters over Flowers.”

In the program, in which four actresses of various ages went to Croatia, Kim revealed that she was struggling with cancer. She sometimes skipped exploring the country at night because of her condition.

The actress, who was dubbed one of the three big names in the entertainment industry in the 1970s, usually played the role of the petite and fragile woman, but she reached new heights when she released an album in 1996.

Wearing a frilly princess costume, Kim sang the comical song “Princess is Lonely” when she was 45, which became an instant hit.