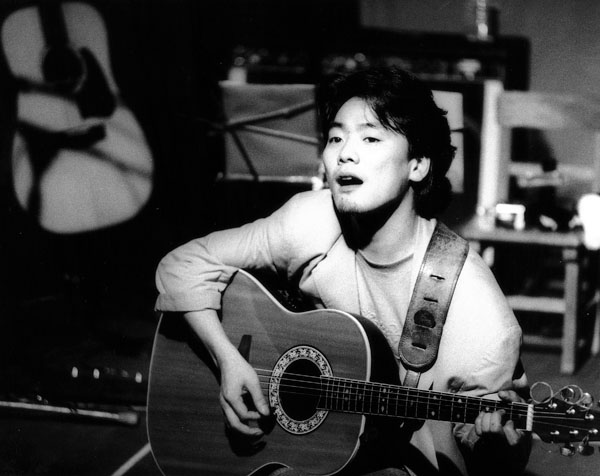 The legendary folk song singer Kim Kwang-seok’s album “The Fourth” will be made into a limited-edition LP, according to CJ E&M.

The late singer’s fourth album was the last before the singer of the early 1990s committed suicide in 1996. He was 32.

Ten tracks will be included in the updated version of the LP, including Kim’s all-time hits “Around 30” and “Where the Wind Blow.”

Only 3,000 copies will go on sale starting Dec. 16 but those who want to purchase the limited-edition LP are able to in advance through websites such as Yes24.com, Interpark and Aladin starting today.

The new version of “The Fourth” will be available on CD, too.

Kim lived a short life as a musician but he left numerous hits, which are still remembered and played by singers of today.

There is even a musical - “The Days” - which is made up of Kim’s songs.