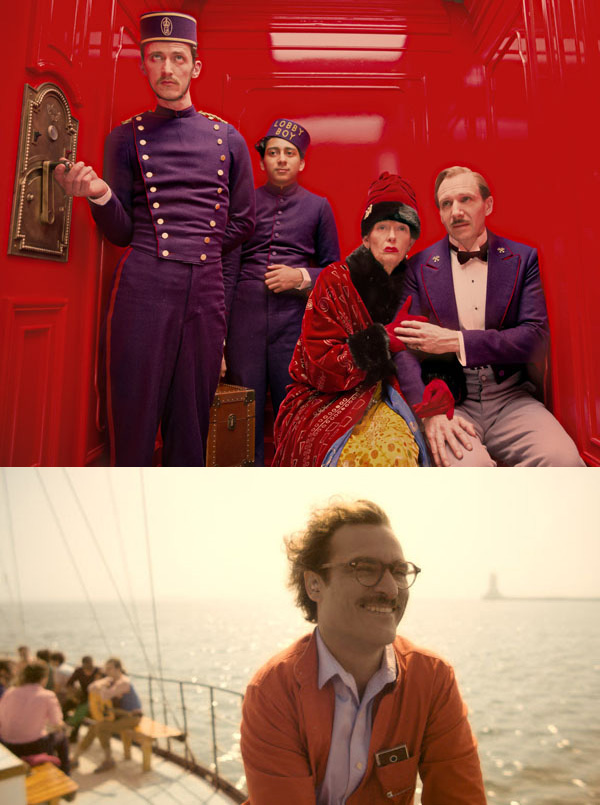 Stills from “The Grand Budapest Hotel,” top, and “Her,” all of which were qualified as diversity films this year by the state-run Korean Film Council and enjoyed considerable box office success. Provided by the distributor

The year 2014 seems like it has been a prosperous period for non-mainstream films in Korea.

Under the newly coined term “diversity film,” many independent, art-house and documentary movies have appeared frequently in news headlines because of their box office successes.

But there is more to this than meets the eye. Because of the ambiguous standards for verifying what a diversity film is, features that are truly in need of support are being forced aside in arts cinemas by quasi-blockbusters with a hint of artistic quality. 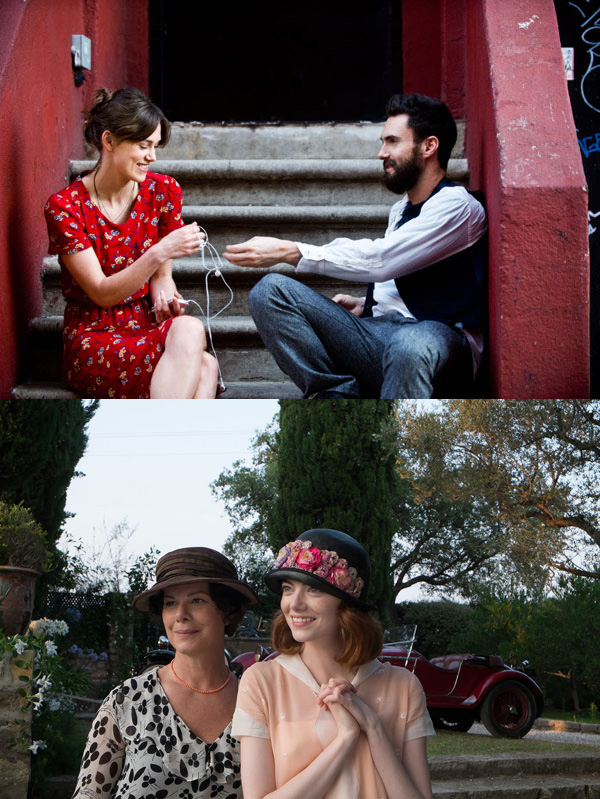 Stills from “Begin Again,” top, and “Magic In the Moonlight,” which were classified as diversity films this year. Both boast A-list celebrity - Keira Knightly and Adam Levine in the former and Emma Stone in the latter. Provided by the distributor

Diversity film is a term that was first used by the state-run Korean Film Council (Kofic) in 2007 to revitalize the independent film industry in Korea, which was sagging at the time.

According to Moon Bong-hwan, director of domestic marketing at Kofic, the situation for indie and art-house films was very poor in the early 2000s.

“Now, people are pretty familiar with artsy or indie films, but back in 2007, the local cinematic trend relied heavily on large-scale movies” said Moon.

Kofic evaluates whether a movie has the artistic quality and cinematic value to qualify as a diversity film. The feature must be showing on less than 200 screens nationwide to be considered.

Once qualified, the state-run organization helps filmmakers get more screens at local art cinemas and also exempts it from a percentage of the fee needed to receive classification from the Korea Media Rating Board.

Because art cinemas in Korea need to screen Kofic-approved films for at least 219 days a year in order to receive a maximum 65 million won in financial support, this system seems like it is a win-win for both the distributor and filmmakers.

There was a string of impressive art and indie films this year that achieved high ratings at the box office. Lee Su-jin’s “Han Gong-ju,” released in April, sold 220,000 tickets, followed by Wes Anderson’s “The Grand Budapest Hotel” and Spike Jonze’s “Her,” which had audience numbers of 770,000 and 350,000, respectively.

But the biggest jackpot was arguably John Carney’s melodic drama “Begin Again,” which achieved a record-breaking audience of more than 3.4 million as of October.

One of the reasons “Begin Again” received so much spotlight was because it put up a good fight against the CJ Entertainment-distributed period film “The Admiral: Roaring Current,” which thundered on the local box office at the time. It has amassed 17 million viewers so far.

People praised the U.S.-made “Begin Again” for staying at the cinema for a long time in spite of the fact that it was up against a film that was promoted so much.

However, an error lies in categorizing the movie as a diversity film. There is an underlying assumption that the term stands opposite commercial films that are big-budgeted, include a star cast and receive a wide release. But “Begin Again” boasts A-list Hollywood stars such as Keira Knightly of the “Pirates of the Caribbean” series and Adam Levine from popular rock band Maroon 5. Its budget was also 25.9 billion won ($23.7 million), while 19 billion won was spent on “Roaring Currents.”

The same goes for “The Grand Budapest Hotel.” Many believed the movie’s success was a stepping-stone for arts films in the local film industry, but the feature was made by illustrious director Wes Anderson, who has a firm fan base inside and outside of Korea for his unique narrative and stylish visuals.

The movie also has a famous cast, featuring popular actors such as Jude Law and Tilda Swinton.

“Magic In the Moonlight,” which opened in August, was also categorized as a diversity film, but it was made by celebrity filmmaker Woody Allen and stars rising actors like Emma Stone.

“I feel sorry that certain films containing important or unique perspectives sometimes get taken down from art-house theaters so quickly due to being less popular,” said an indie film industry insider on condition of anonymity.

“But we cannot blame the system because films that attract many viewers are ultimately the ones that are very well-made.”

It is inevitable that a system generates profits based on the law of supply and demand. If a movie fails to attract audiences to the theater, then it should be replaced by a more popular film.

But indie features are not created to make money in the first place and will never be able to beat an extravagant, big-budget film. That’s why diversity film system exists. The recent classifications raise several questions about whether it is truly protecting and promoting versatility in the film industry, however.

In order to resolve the current situation, critics believe that a more objective standard should be implemented and possibly also a follow-up measure if box office result turn out better than expected.