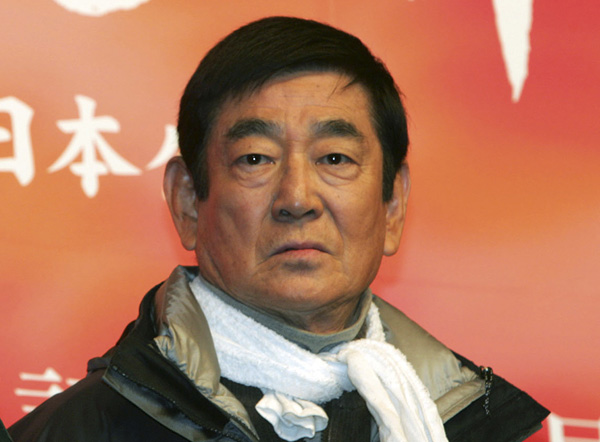 TOKYO - Acclaimed Japanese film star Ken Takakura, known for many stoic heroes he played on the silver screen, has died of lymphoma. He was 83.

Takakura died Nov. 10 at a Tokyo hospital where he had been treated for the illness, according to his office and media reports Tuesday.

Takakura, perhaps best known abroad for his police inspector role in Ridley Scott’s “Black Rain’’ in 1989, debuted in Japan in 1956 and surged to stardom starring in yakuza films such as “Abashiri Prison’’ in the 1960s. He also starred detective stories and dramas including the 1977 “The Yellow Handkerchief’’ and the 1999 “Railroad Man,’’ in which he was awarded best actor in the Montreal World Film Festival.

Born as Goichi Oda in Fukuoka, southern Japan, in 1931, he was recruited by a major film production when he was applying for a managerial position when he was having trouble finding a job after graduating from a university in Tokyo.

The 2012 award-winning “Dearest’’ became his last of more than 200 films he starred.

According to the fax released by his office, Takakura was preparing for his next project while in hospital.