Carmakers to face off against EVs

Carmakers to face off against EVs 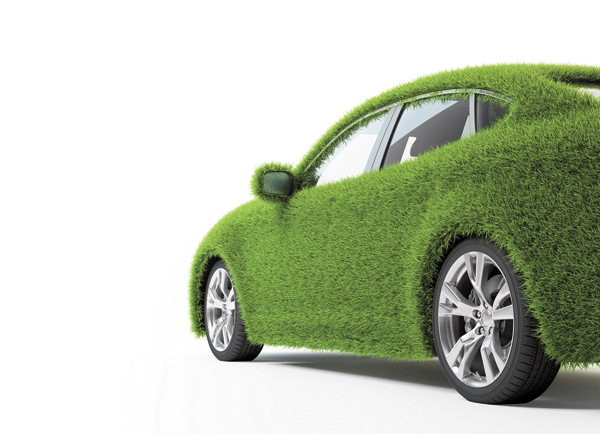 When the nation’s leading automakers Hyundai Motor and Kia Motors announced their plan to expand their lineup of high-mileage models from four to 22 over the next six years, Korean auto industry insiders said the tug-of-war between domestic and foreign brands to take the lead in the eco-car market will be worth seeing.

The industry expects the global market for environmentally-friendly vehicles to grow from 2.2 million cars now to 6.4 million in 2020.

Last month, foreign brands that have been leading the industry - including BMW, Audi and Volkswagen - announced that they will bring new high-mileage models to the Korean market next year. To local automakers, it was a declaration of war.

German brand BMW said earlier this month that they will introduce the high performance PHEV sports car i8, which has 362 horsepower and a fuel efficiency of 47.6 kilometers per liter, early next year.

The starting price of the i8 is about 200 million won ($182,000), but similar, more affordable options are offered by Audi and Volkswagen. Audi said it will start selling the PHEV A3 Sportback e-Tron, which offers a fuel efficiency of 66.6 kilometers per liter, in the middle of next year. Industry insiders predict its starting price will be about 52 million won. Volkswagen Korea said it might import the PHEV Golf GTE, which can travel more than 900 kilometers on a single charge.

Considering the poor infrastructure for electric vehicles (EV) here - a lack of charging stations, for instance - the competition with foreign brands could encourage Korean automakers that have had a hard time in finding a new market to enter.

Hyundai and Kia have said they will not develop any new EV models and are instead focusing on developing HEVs, PHEVs and hydrogen fuel cell electric vehicles (FCEV).

But the government doesn’t seem interested in supporting PHEVs and HEVs and plans to keep spending on EVs. The government currently gives a subsidy of 15 million won to a consumer who purchases an EV.

“The reason we decided to focus on HEVs is because more than 60 percent of the environmentally-friendly car market in the future will be HEVs,” a spokesman for Hyundai said.

However, on Thursday, the Environment and Labor Committee of the National Assembly said it decided to cut 7.5 billion won of subsidies from the 40.2 billion won set aside by the Ministry of Environment for people who buy HEVs and PHEVs next year. The committee said the 7.5 billion won will be spent on installing more charging stations for EVs.

The subsidy was previously given to automakers so that they can sell cars at a discounted price, but the committee said the subsidy will be given directly to consumers next year. The government said such adjustment would give more benefits to consumers.

The committee said the ministry’s report that about 40,000 HEVs will be purchased next year is exaggerated because an average of 25,000 HEVs were sold in each of the past three years.

“The key to competing against foreign brands is the selling price,” an industry spokesman said. “PHEVs are relatively more expensive than other cars because they have to install expensive parts including an electric motor. The country has been thinking about how they should support automakers and consumers as part of their plans to save gas and to reduce carbon dioxide emissions, but has failed to provide specific plans. They even cut the subsidies this time.”