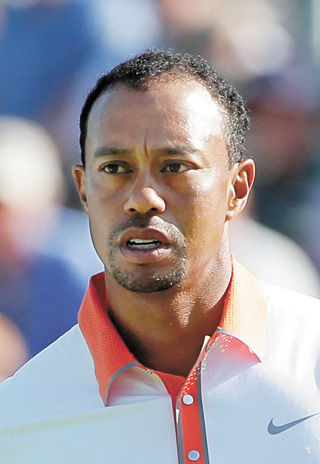 Tiger Woods has lashed out at veteran golf writer Dan Jenkins for penning a satirical interview with the 14-time major winner, describing the parody as “a grudge-fueled piece of character assassination.”

Jenkins, who was inducted into the World Golf Hall of Fame in 2011, wrote the piece for Golf Digest and among various topics he took aim at Woods’ reputation as a bad tipper, his failed marriage and his six-year title drought in the majors.

Woods has rarely taken exception to negative articles previously but on Tuesday he responded in a column on Derek Jeter’s website, The Players Tribune (www.theplayerstribune.com).

“Did you read Dan Jenkins’ interview with me in the latest Golf Digest? I hope not. Because it wasn’t me,” Woods wrote in a piece titled “Not True, Not Funny.”

“It was some jerk he created to pretend he was talking to me. That’s right, Jenkins faked an interview, which fails as parody, and is really more like a grudge-fueled piece of character assassination.

“Journalistically and ethically, can you sink any lower?”

Woods went on to say he felt he had a good sense of humor and was “more than willing” to laugh at himself.

“In this game, you have to,” he wrote. “I’ve given lots of interviews to journalists in all that time, more than I could count, and some have been good and some not so much.

“All athletes know that we will be under scrutiny from the media. But this concocted article was below the belt,” said Woods.

Jenkins wrote his comments in a column titled “My (Fake) Interview With Tiger,” followed by an asterisk and the sub-title: “Or how it plays out in my mind.”

In the article, the 84-year-old Jenkins “questioned” Woods on the car crash in late 2009 that led to revelations about his multiple extramarital affairs and the break-up of his marriage.

Q. You haven’t talked about it, but after all of those New York Post front pages during the scandal, what’s the moral of your story?

Q. You named your yacht Privacy. Because you’re a worldwide celebrity, do you really expect and demand privacy?

A. I thought about renaming it Serenity, but that pretty much went out the door when the nine-iron hit the window of the Escalade. AP