China could be a threat to local train companies

China could be a threat to local train companies 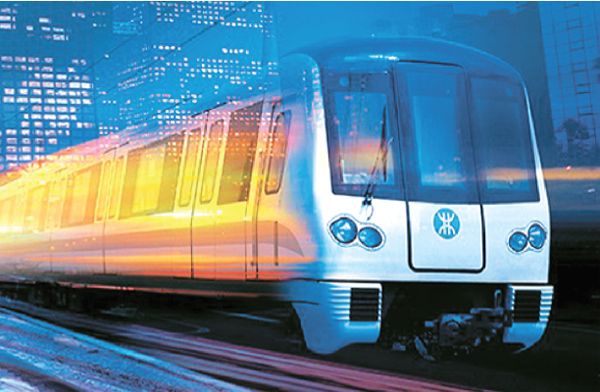 On May 2, two Seoul Metro trains on line No. 2 crashed around Sangwangsimni Station, eastern Seoul, injuring more than 200 passengers. The incident drew attention to the fact that many subway trains in Seoul are more than 20 years old, putting passengers in danger.

A week after the collision, Seoul Mayor Park Won-soon announced measures to improve the subway system, including spending 1 trillion won ($910 million) to replace all subway cars that have been in use for 18 years or more by 2022. And the city could take its first step this month.

The Seoul Metropolitan Office is planning to hold an open international bid this month to purchase 200 new subway cars for 270 billion won. On a visit to China last week, Mayor Park made it clear that all companies would be given a fair chance to win.

With the merger of the three companies, Hyundai Rotem became the only rolling stock company, but in the global market, it now needs to worry about its survival because of Chinese companies, said a Hyundai Rotem official.

In terms of size, Chinese companies already top their global competitors. China CNR and CSR, which have become the world’s No. 1 and 2 train makers, are considering merging to target projects outside the country instead of competing with each other.

This will add to the pressure on Korean companies trying to win global projects.

“It’s like shoving an ant to represent the village in a fight when two elephants have teamed up,” said Jeong Won-chul, the strategy team manager at Korea Rolling Stock Industries Association (Korsia).

Korean small and midsize train-parts manufacturers have even bigger concerns. The parts makers take up 65 percent of the total production cost of train cars. In Korea, there are 374 companies that produce parts for trains and busway cars and they employ 11,220 people. However, average annual sales at most of the companies do not surpass 4 billion won. If Chinese companies enter Korea’s railway industry, many small manufacturers will go bankrupt, said Jeong of Korsia.

Many other countries protect their railway industry by giving one company total control. France has Alstom and Canada has Bombardier, while Siemens rules in Germany. And there are other restrictions.

In the United States, for instance, if a foreign company wins a contract, 60 percent of the components must be made in the United States, and the manufacturer must assemble the final product at a factory in the country. China requires 70 percent of parts be made locally and the bid-winning company must agree to a joint venture with a Chinese corporation.

In Korea, international bidding usually works within an agreement on government procurement, but China isn’t among the countries that have signed one, said Choi Jin-suk, head of the railway transport department at the Korea Transport Institute.