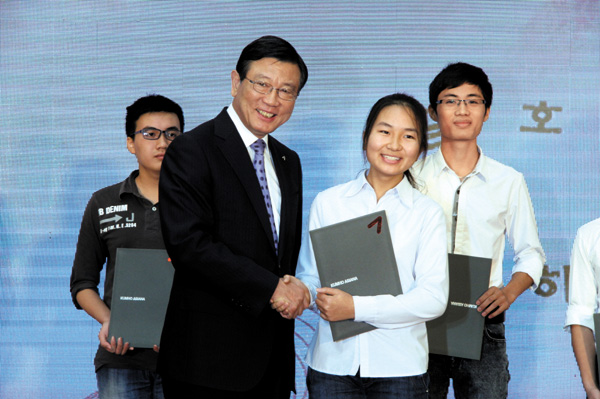 The group, which owns Asiana Airlines, said Park met the president on Monday night and discussed Vietnam’s relationship with Korea. It was the second time they met this year. Park promised the conglomerate would continue its support in the areas of art and culture. On Tuesday, Park attended an event by the Kumho Asiana Vietnam Scholarship and Cultural Foundation, which granted college scholarships to 118 students and held a Korean-language speaking competition.