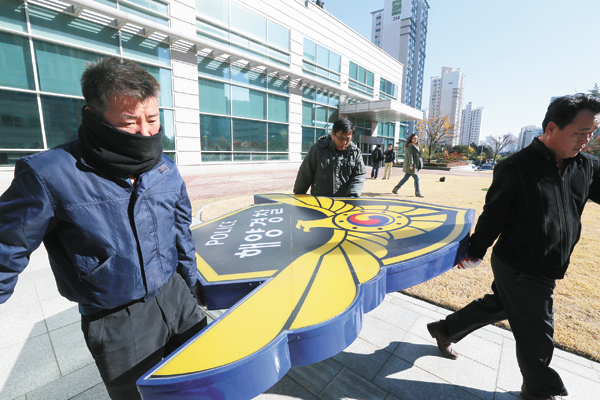 Workers yesterday haul away a Korea Coast Guard sign from its headquarters in Songdo, Incheon. The Coast Guard, which was blamed for failing to rescue passengers on the Sewol ferry, was dissolved yesterday and has been incorporated into the new Ministry of Public Safety and Security. By Shin In-seop

President Park Geun-hye on Tuesday nominated a former deputy chief of the Joint Chiefs of Staff and a former human resources expert at Samsung Electronics as heads of two new organizations to be set up for disaster control and to slash Korea’s bureaucracy. 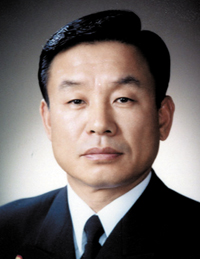 Park In-yong, nominated to head the Public Safety Ministry, is a graduate of the Republic of Korea Naval Academy who spent his entire career in the Navy. An expert in military operations, Park is considered to have a wide spectrum of knowledge needed to run the disaster command center, said Min Kyung-wook, the presidential spokesman.

Park will need to pass a confirmation hearing at the National Assembly to be formally appointed.

The president tapped Lee Geun-myeon, currently working as an adviser to Samsung Fiberoptics, a subsidiary of the nation’s top conglomerate, as minister of personnel management.

The Blue House also unveiled a list of new nominees and appointees for existing and new public offices, including the Fair Trade Commission and the Ministry of Unification, after a cabinet meeting presided over by Prime Minister Chung Hong-won endorsed a revised bill on government structure earlier in the day. The bill will take effect today, automatically launching both new ministries.

Triggered by the tragic sinking of the Sewol ferry on April 16 that killed more than 300 people, the government restructuring aims to improve disaster prevention and control and cut red tape in the bureaucracy, which has led to the coinage of the popular Korean epithet “gwanfia” to describe civil servants. Gwanfia is a portmanteau of the Korean word for officials, gwalyo, and mafia.

Park announced a plan to create the two new ministries in an address to the nation in May to apologize for the catastrophe, when she also announced the dismantling of the Korea Coast Guard. At the same time, the Ministry of Security and Public Administration was to spin off its disaster control function and personnel management of public workers, which will be taken over by the two new ministries.

The Ministry of Security and Public Administration will be renamed the Ministry of Government Administration and Home Affairs Wednesday. The new Public Safety Ministry, with a staff of 10,000, is inheriting the handling of sea disasters from the now-abolished Coast Guard in tandem with general disaster control.

Despite rumors circulating about Lee Ju-young, the minister of oceans and fisheries, losing his job, his position is secure at the moment, according to Min. 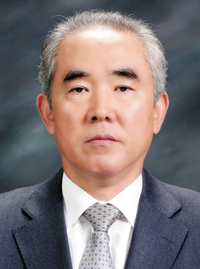 Lee Sung-ho, a deputy minister of security and public administration, was named deputy minister of public safety. This was in recognition of his successful performance as head of the military support headquarters under the ROK Joint Chiefs of Staff while spearheading an operation by the Korean Navy against Somali pirates in the Gulf of Aden in 2011, according to the Blue House.

Hwang Boo-gi, head of the planning and coordination office of the Ministry of Unification, has been named vice minister of unification and Chung Chae-gun, a senior official at the Public Administration Ministry, has been promoted to deputy minister.

The long-vacant senior presidential secretary for education and culture post will be filled by Kim Sang-yule, a professor of English literature at Sookmyung Women’s University. His predecessor, Song Kwang-yong, abruptly tendered his resignation late September, just three months after his appointment, after an allegation emerged that he ran an unapproved educational program while serving as president of Seoul National University of Education.

Chang Myoung-jin, a weapons developer with the state-run Agency for Defense Development, was selected to lead the Defense Acquisition Program Administration. That appointment drew attention because he is a schoolmate of President Park from the electronic engineering department of Sogang University.

The Blue House explained that Chang was deemed suitable to root out corruption in the defense industry and resuscitate the depressed organization following a series of scandals involving the Korean military.

In tandem with the reshuffle, the Ministry of Oceans and Fisheries announced the disbanding as of Wednesday of the government body that has served as a headquarters for search and rescue operations for the Sewol. Relatives of victims of the disaster promptly held a joint press conference to express their opposition, claiming the abolition of the organization could lead to a government decision to shut down facilities at Paengmok Harbor, the closest port to where the ferry sank off Jindo, South Jeolla.

“When the case has not been closed as a prosecution probe is under way and the exact cause of the accident has not even been determined, a closure of the pan-government headquarters for Sewol measures shouldn’t happen,” said the relatives in a joint statement. Some said they won’t leave the harbor until the sunken ferry is brought up to the surface.

The harbor initially functioned as a base camp for the relatives of the victims, but the number has dwindled as only nine passengers remain missing.

On Nov. 11, the government wrapped up a nearly seven-month search operation in and around the vessel, citing growing dangers inside the disintegrating ferry and the drop in water temperatures as winter approaches.