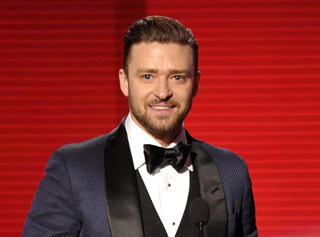 NEW YORK - Justin Timberlake wants to make sure you have a 20/20 sound experience when you listen to music: He’s now a co-owner of the audio technology company AfterMaster Audio Labs.

AfterMaster, a subsidiary of Studio One Media, announced Wednesday that the Grammy-winning pop star will join the company, which focuses on enhancing and re-mastering audio quality. Its website showcases examples of songs pre- and post-AfterMaster enhancement, including Michael Jackson’s “Thriller’’ and Taylor Swift’s “Shake It Off.’’

“Justin is an audiophile. He really understands quality audio,’’ Ryckman said in an interview.

“We’ve worked with the world’s biggest artists, and not all of them have a focus on audio quality on their own; they look to their producers and their engineers. Justin loves technology, completely understands audio and he’s very powerful and respected in the entertainment community.’’

Timberlake had last year’s top-selling album with his comeback effort, “The 20/20 Experience.’’ The singer, with a group of other investors, bought MySpace in 2011.

AfterMaster’s technology will be offered in a chip that would be embedded in products such as mobile devices, headphones and televisions. It will also be available in software form for computers and streaming services.

“We think this is probably the biggest breakthrough in audio,’’ Ryckman said. “We can take any audio and make it substantially louder, clearer and fuller.’’

AfterMaster software will be available for licensing on Dec. 1. Products with chips will launch early next year.

“AfterMaster takes the audio and keeps it musical and clean sounding, and takes it further than anyone’s taken it before in terms of quality, volume, size [and] depth. Everything about it enhances the audio without changing the intent of the creator,’’ Yakus said in an interview.

The company will announce its “first partnerships in the near future,’’ Ryckman said.

AfterMaster is also launching an online music mastering service next month, where musicians can upload songs, receive a re-mastered version and decide to purchase it. AP