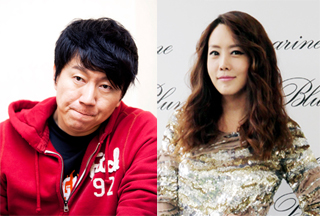 Samhwa Networks said in a press release on Friday that actor Kim Su-ro of “A Gentleman’s Dignity” (2012) and actress Kim Jung-eun of “Ohlala Couple” (2012) suddenly notified the company of their departure from “My Twinkling Heart” just a few days before the first meeting with the screenwriter and producer.

“Since Kim Jung-eun wanted us to change the title of the drama, we accepted her proposal but we could not find a happy medium with her because she wanted us to increase the presence of her role,” Samhwa Networks said. “With the sudden departure of the two actors, rumors surfaced about the production team, and some advertisers were even hesitant to sign contracts with us.”

Responding to the press release, Kim Su-ro released a statement on Friday and explained his side of the story.

“I recently injured my knees when I was shooting a reality TV show. Along with the knee injury, I had issues with my cartilage and had back pain, too,” the actor said. “I didn’t want to cause any trouble because of my health condition. Since I know many people have been preparing the drama series for a long period of time, I feel very sorry for them.”

Kim Su-ro, who used to appear in the reality TV show “Real Men,” recently walked out of the show because of his serious knee injury.