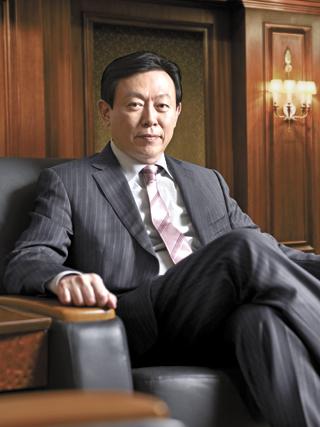 Lotte Group Chairman Shin Dong-bin received an honorary award from England’s Queen Elizabeth on Thursday for his contributions to the economy.

The award, Honorary Commander of the Most Excellent Order of the British Empire, or CBE, is part of the U.K. honors system that commemorates exceptional achievements and service to the nation. The award includes non-British nationals who receive “honorary” awards for their contribution to British interests.

Lotte Group said that the conglomerate’s investment in the United Kingdom and the listing of Lotte Shopping on the London Stock Exchange might have contributed to the award. Chairman Shin also lived in London for six years in the 1980s when he worked for Nomura Securities.