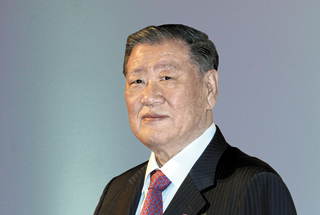 But that was the situation Hyundai Motor Group Chairman Chung Mong-koo found himself in.

According to the Seoul Central District Prosecutors’ Office, a shareholder filed a lawsuit late on Wednesday accusing Chung of bad business management when the company decided in September to bid 10.5 trillion won ($10 billion) for Korea Electric Power Corporation’s property in Samseong-dong, southern Seoul.

The shareholder, who was only identified by his family name Bae, filed a complaint that the 76-year-old automotive tycoon inflicted serious losses on shareholders by overpaying for the 79,432-square-meter (19.6-acre) plot, which was assessed to be worth 3.3 trillion won.

Re-establishing Hyundai Motor’s headquarters in the heart of Gangnam District has long been one of Chung’s ambitions. After the company won the bid, it announced its plan to use the plot for its global headquarters and turn the space into a cultural landmark with a global business center, hotel and convention center based on Volkswagen’s Autostadt in Wolfsburg, Germany.

It was reported that Chung pushed for the bid to be increased to 10.5 trillion won. His bid-preparation team recommended a range of 4.4 trillion to 5.1 trillion won and its rival in the bid, Samsung Group, was expected to offer about 5 trillion won.

On top of the purchase price, the automaker must pay about 500 billion won in taxes and 1.34 trillion won to the Seoul Metropolitan Government by 2023. Including construction costs of 5 trillion to 8 trillion won, the price tag for the land could reach 20 trillion won.

After the aggressive investment, the company soon started suffering from an exodus of investors, and its stock value has been consistently declining.

Hyundai Motor’s shares traded in the 220,000 won range before the bidding, but the value has decreased by about 30 percent and this month it is trading at about at 150,000 won. The automaker’s stock closed at 167,000 won on Thursday, down 2.62 percent from the previous day.