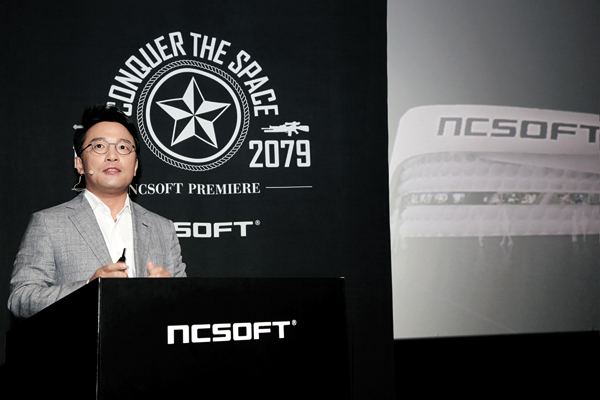 NCSoft CEO Kim Teak-jin addresses the audience during his keynote speech at G-Star Premier. Provided by the company

The game developer, famous for its online computer game Lineage, made the announcement last Tuesday and introduced its new releases during 2014 G-Star Premier, a preview event before its official game show G-Star 2014, at CGV Cheongdam Cine City in Sinsa-dong, southern Seoul.

CEO Kim Teak-jin, the main host of the event, said the company’s vision is to interlock its online PC games with a mobile environment and eventually transform its business to become mobile-centered.

“The major concern for the company was that it was falling behind, concentrating on PC online games,” said Kim. “But we are doing our best to transform our games to mobile-based.”

NCSoft’s endeavors to tailor and develop their computer games into mobile games resulted in B&S Mobile, the mobile version of the company’s popular role-playing game Blade & Soul, and Aion Legions, the modified game made with the content of Aion, another popular RPG.

Other mobile games such as Fashion Street, a social media-based game; Pangya mobile, a casual golf game; Project H2, a baseball game; and Be the Summoner, a retro-styled board RPG game, were also introduced during the event.

The directors of the new games - Bae Jae-hyun, the chief producing officer; Woo won-sik, the chief technology officer; and Seo Kwan-hee, the CEO of Ntreev Soft, a subsidiary of NCSoft - presented details of each game before the audience with promotional videos. 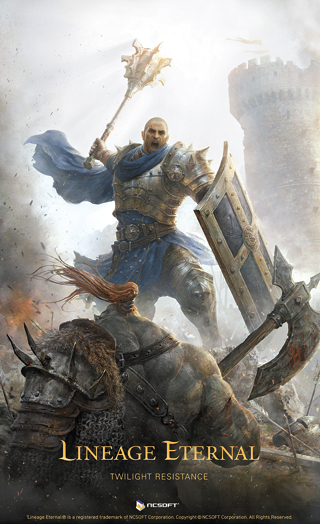 The poster image for Lineage Eternal, the new sequel in the Lineage series. Provided by the company

NCSoft also revealed Lineage Eternal, the new squeal to the Lineage series set 200 years after the last Lineage game. At the end of his speech, Kim demonstrated the play of its mobile version.

Project Hon, a 3-D online shooter game that features mechanical robots, was also introduced to the public. The game replaced humans with machines, which is expected to give players a whole different experience. The game is also available on both PC and mobile.

NCSoft prepared a promotional movie at Screen X theater at G-Star, which has three-sided screens for more vivid images. The movie is also available in 4DX until Sunday at CGV Cheongdam and CGV Centum City. 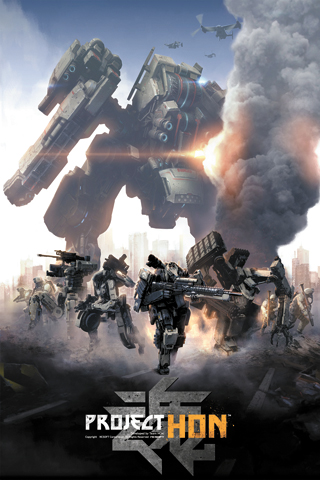 The poster image for Project Hon, the new shooter game from NCSoft featuring robots. Provided by the company

During the event, the company also presented Master X Master (MXM), which ran its first closed beta test last October, and the next version of Lineage Haste, the mobile Lineage game that was released last March. The two games will not be in the exhibition in Busan.

Kim also urged guests to visit the company’s booth at G-Star and try the new games themselves.

“NCSoft is good at taking the road no one has taken,” he said. “We will continue to challenge with new ideas such as augmented reality-based game play.”