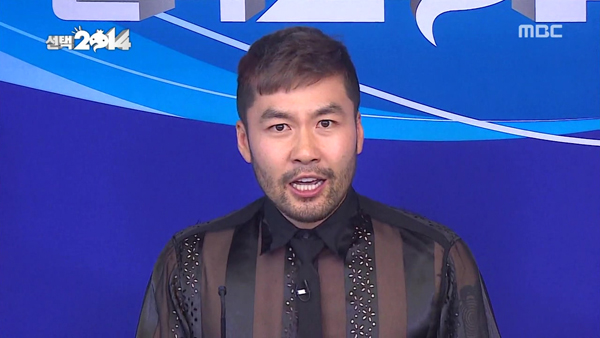 Entertainer Noh Hong-chul appeared at Gangnam Police Precinct at 5:30 a.m. on Sunday for questioning about his drunken driving earlier this month.

The driver’s licence of the “Infinite Challenge” star will be suspended for one year, according to the police.

Noh, 35, was caught driving under the influence of alcohol on Nov. 7 in Nonhyeon-dong, southern Seoul.

Noh allegedly told police that he had drunk a little bit of soju, a Korean spirit, and some wine, though his test results showed that he likely had more.

At that time, he refused to take a Breathalyzer test, which police officers typically recommend to suspended drunken drivers. He chose to take a blood test instead.

The results were made public on Nov. 14. His blood alcohol level was 0.1 percent, indicating that he was fully intoxicated while behind the wheel of his Mercedes-Benz.

The entertainer announced on Nov. 8 that he would pull out of the programs which he was appearing in, popular reality shows “Infinite Challenge” and “I Live Alone,” to reflect on his actions.