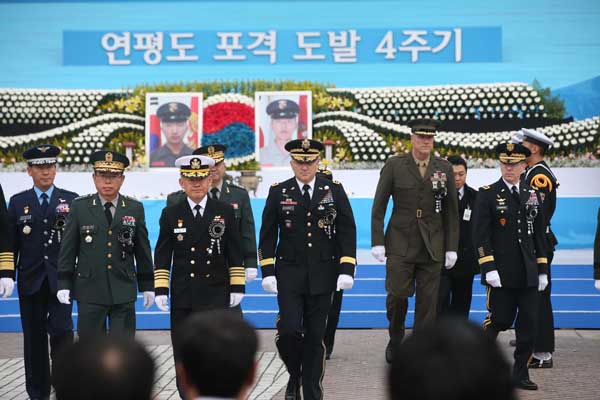 Military commanders return to their seats at the War Memorial of Korea in Yongsan District, central Seoul, after paying their respects on Sunday to the two Marines killed in North Korea’s shelling of Yeonpyeong Island in November 2010. The memorial marked the fourth anniversary of the incident.By Oh Jong-taek