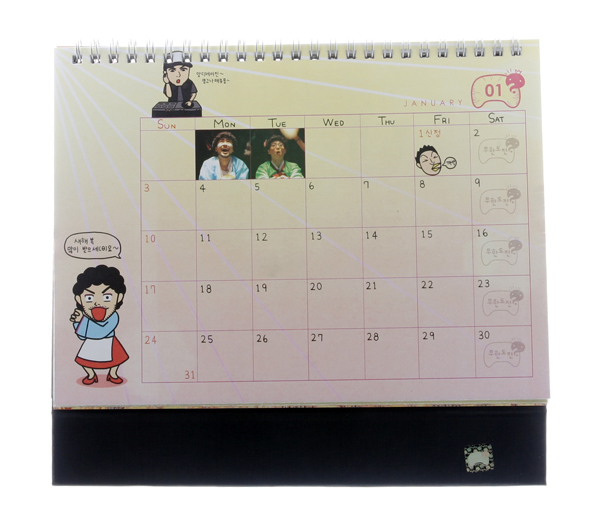 After Noh Hong-chul’s drunken driving scandal, MBC have decided to take solo photos of him out of the “Infinite Challenge” annual calendar.

Noh, one of the reality TV show’s members, walked out earlier this year after he was caught driving under the influence of alcohol.

According to his blood test, the entertainer was fully intoxicated.

His driver’s license was suspended for a year on Sunday.

“The editing [for the calendar] hasn’t started yet,” said Kim So-jeong, who promotes the show at MBC.

“Since the calendar captures a yearlong history of the TV show, there will be a few images of Noh but we have to discuss the issue further with the production team,” Kim added.

The popular TV show said on Nov. 22 that its annual calendars and planners will go on sale starting Thursday at noon through online open market Gmarket and MBC’s Tshop.

Wall and desk calendars will be available while four types of planners will also be put up for sale.

As the TV show marks its 10th anniversary this year, a special-edition desk calendar will also be offered.

With the immense popularity of the series, “Infinite Challenge” calendars are difficult to procure because official sales websites often freeze on the first day of sales due to heavy traffic.

All proceeds go to charity.

Selling calendars at the end of the year has become an annual tradition for “Infinite Challenge” since 2007.

The calendar and planners include images of the show’s members that have not been seen before on the series’ regular episodes, so they are popular among fans.

According to MBC, millions of copies of calendars are sold every year.