Honor from the Queen

Honor from the Queen 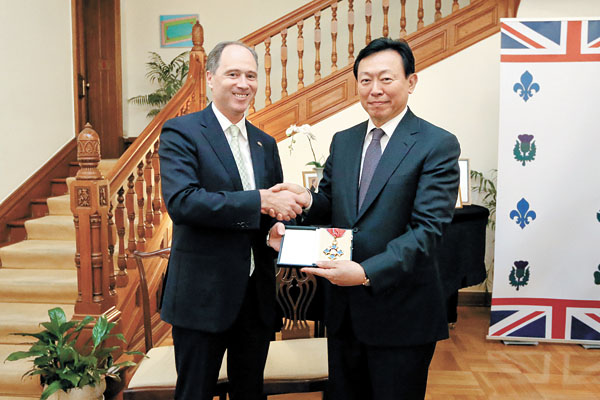 British Ambassador Scott Wightman awards Lotte Group Chairman Shin Dong-bin the Honorary Commander of the Most Excellent Order of the British Empire (CBE) at the British Embassy in central Seoul on Friday. The award was given to Shin for his contribution to investing in the United Kingdom and his continuous efforts to enhance business cooperation between the two countries. Shin also supported a wide range of British Embassy initiatives including a program that provides English-language classes for North Korean refugees. Provided by the embassy