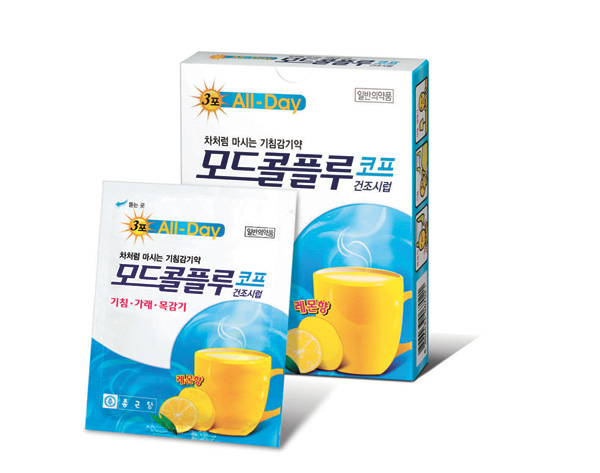 As winter steadily approaches and the temperature drops, local pharmaceutical companies are aggressively promoting cold medicines that are easy to ingest.

Chong Kun Dang, one of the top 10 pharmaceutical companies in Korea, said on Monday that it is betting high on its two cold medicines - Modecol Flu Cough and Modecol Flu Nose.

Both Modecol Flu medications - one for chest colds and the other for sinus colds - contain acetaminophen, which relieves fevers, according to the company. Modecol Flu Cough also contains an expectorant that helps clear mucus and phlegm.

The company said that strength of the product lies in how simple it is to consume: a sick person can take in the same way that they would drink tea. Unlike pills that can sometimes be difficult to swallow, Chong Kun Dang’s cough drops are mixed with water and then drank, which speeds up absorption into the body, the company said.

“Modecol Flu is a ‘differentiated’ drug that patients can take at various times depending on their symptoms,” a spokesman for company said. “As the season changes, the product is expected to have a good response from consumers.”