Singer to commemorate Shin in show

Singer to commemorate Shin in show 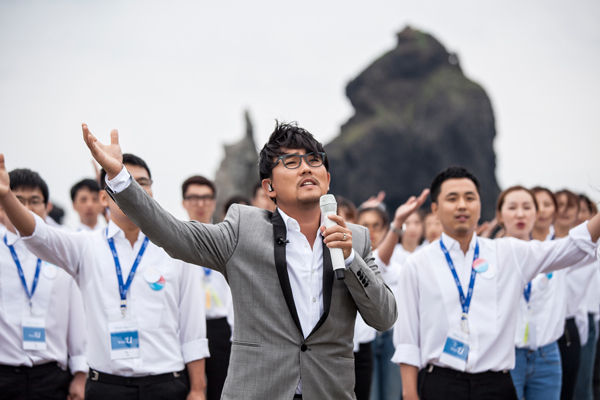 Singer Lee Seung-chul told several media outlets in a recent interview that he plans to stage a large-scale concert next May to commemorate the late musician Shin Hae-chul.

“We haven’t decided yet who will be at the concert, but musicians who were close to Shin will make up the performance and the concert will be held for about five or six hours.”

The 48-year-old veteran singer continued, “I don’t want the tribute concert to be for grieving, but I want it to be enjoyable for everyone so that we could appreciate we had a musician like Shin.”

During the interview published Wednesday, Lee also discussed his recent experience at Haneda Airport in Tokyo. The singer and his wife tried to visit Japan earlier this month, but he and his wife were held at the airport for about four hours and were eventually denied entry by the country’s immigration office.

The singer was not given a specific reason for the rejection, even after the Korean Ministry of Foreign Affairs requested a clear explanation from the Japanese government.

But Lee assumed the reason was probably because of his concert on the Dokdo islets in August, which drew criticism from Japanese media because Japan claims it as its territory, calling it Takeshima.

The singer held a concert on Aug. 14 - a day before Korea’s Liberation Day, which celebrates the end of Japanese colonial rule over the peninsula - on Dokdo, where he sang “The Day.” The track describes the hope that Korea will once again unify.

After the singer’s entry was rejected, Lee created a blog so that anyone can download the song for free. Lee also said he will work further to raise awareness over the disputed rocky islets in the East Sea.

“I feel like the song has given me a new mission as a singer,” said Lee. “I will study further about Dokdo and will participate in diverse projects [regarding Dokdo] starting next year.”

Lee will sing “The Day” at the 2014 Mnet Asian Music Awards that will be held in Hong Kong on Dec. 3.