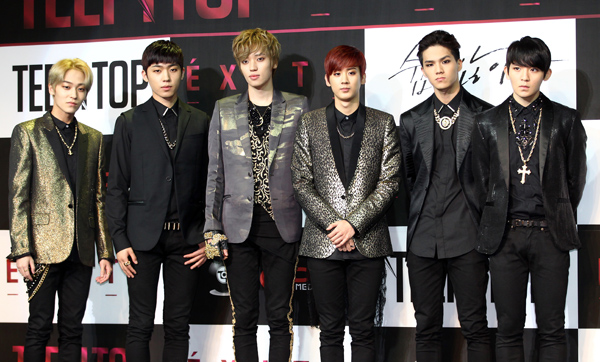 Teen Top’s entertainment agency sued four Internet users who spread rumors about the six-member boy group in early October, according to a report by the entertainment news outlet OBS on Wednesday.

The rumor first surfaced when the boy group topped the charts on the KBS weekly music show “Music Bank” in September with “Missing.”

After Teen Top was crowned No. 1 on the music show, some Internet users began to post messages saying that the boy group’s entertainment agency had stockpiled its mini-albums.

An official from Gangnam Police Precinct told OBS on Wednesday, “The case is still ongoing and the two parties haven’t met with each other yet.”