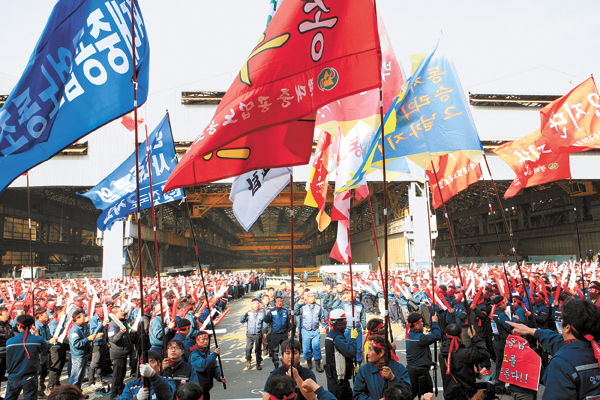 About 3,000 members of the labor union at Hyundai Heavy Industries rally during a four-hour strike, their first in 20 years, at the company’s headquarters in Ulsan, South Gyeongsang, on Thursday. The union is demanding that the company raise workers’ monthly base pay by 132,013 won ($123) and pay them a two and a half month bonus. The company offered a 37,000 won raise and a 5 million won bonus and said it would extend the retirement age from 58 to 60 next year. The company and the labor union held a meeting to negotiate at 2 p.m. but have failed to reach an agreement. The labor union hasn’t mentioned whether it will strike again on Friday. [NEWSIS]