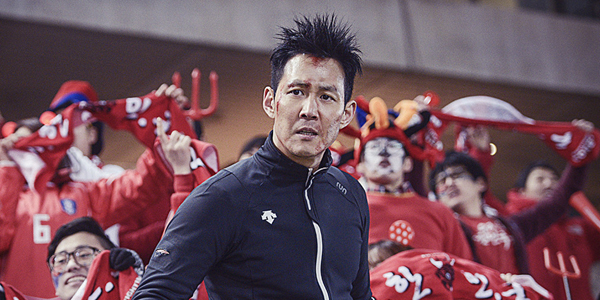 Actor Lee Jung-jae is back in the new action movie “Big Match,” which opened on Wednesday.

After receiving rave reviews last year for his part as an evil and ambitious character in the period film “The Face Reader,” many might have expected to see him playing a similar role in his next work. Instead, he made the choice to take on a different role, proving how versatile he can be as an actor.

Although the action movie’s plot is about kidnapping, Lee’s character is more humorous than serious.

Q. Why did you choose to do an action film? 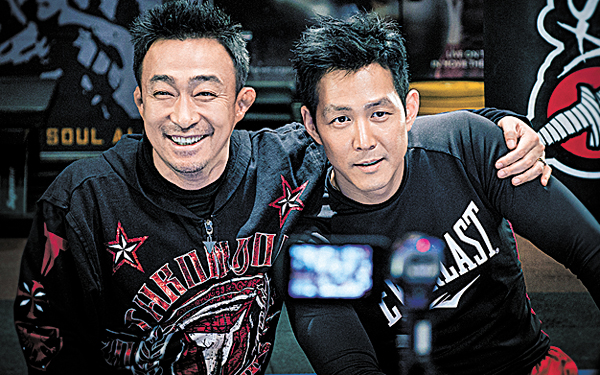 A. I like that the movie unfolds as if it’s a game. It felt fresh. I also thought I wouldn’t have another chance to take part in such a vibrant action film in the future if I didn’t do it now.

Was it difficult for you to film the scenes?

I expected it to be hard, and it really was. I played the role of a martial arts expert, so I started training eight months before shooting began. I tore a ligament in my shoulder, but we couldn’t delay the filming. I kept on going by taking some painkillers and then I finally underwent surgery after all the filming was done. I’m still recovering.

Did you enjoy making the character funnier?

I thought it might not be so fun if the main character acted too serious about his actions, because the story itself is already serious, so I added a cheerfulness to it. Take the scene in the beginning where I get into a fight. No professional would make an entrance into the ring smiling like I did. I didn’t want to start the movie with a face that was too serious and nervous, so I intentionally made [the character comical].

It’s been about 20 years since your debut, but it seems like you’re more active in the entertainment industry these days.

Frankly speaking, I had some uncertainties about being able to continue doing what I do when I got older. Then, a couple years ago, I started to think that I could do this for a very long time. I’m really enthusiastic about what I do. I think I’m getting better at embodying the detailed characteristics of the roles I play.

Many people have called you sexy. How do you define being sexy?

I think people look sexy when they show a character that is not expected at all, so I always try to show something surprising, something different.