Movie finally debuts at SIFF after six years in the making

Movie finally debuts at SIFF after six years in the making 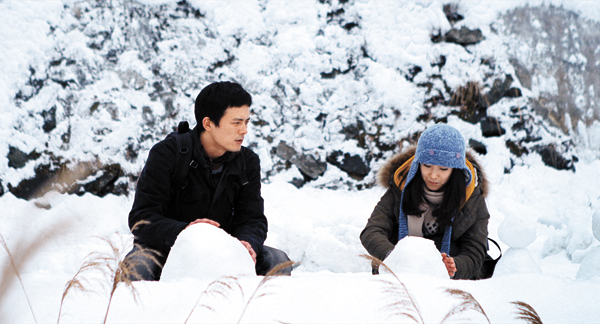 Woo-gi, left, and Su-jin continue their affectionate tug-of-war. Provided by the distributor

Among the lineup for this year’s Seoul Independent Film Festival, Oh Chang-min’s romance feature “Men and Women” stands out - mostly because of how difficult it was to make.

The film was in production for six years, partly because of issues with funding, but also because its lead actor, Lee Eung-jae, passed away from a stroke before the epilogue was shot.

“We had all sorts of hardships finishing the movie, as you can see in the time it took,” Oh said in a recent interview with the Korea JoongAng Daily.

“I was so devastated when the third part of the film was dropped from every supporting program I applied to that one day I just cried in the back seat of a bus.” 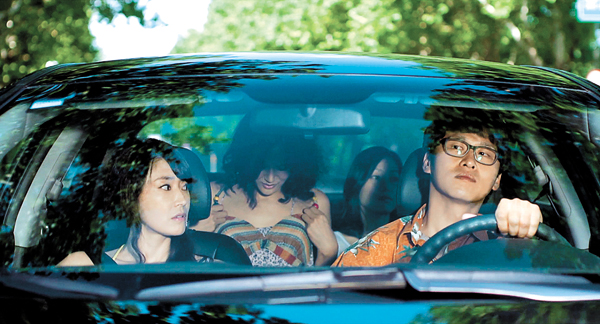 Su-jin leaves on vacation with her friends. Provided by the distributor

The first two segments of the three-part movie were sponsored by the Korean Film Council and the Incheon Film Commission, respectively.

“I asked myself if I had ever wanted something this desperately after my first love, and I hadn’t. I went straight to the producer and just begged him to finish this film,” Oh said.

“Later, I found out about crowdfunding, and was able to complete the third episode.”

Composed of three sections dedicated to each season (the spring part is excluded because of Lee’s death), the movie revolves around a tug-of-war between Ph.D. student Woo-gi (Lee) and hairdresser Su-jin (Choi Eun-ah).

The omnibus-style feature outlines the ugly truths members of both sexes are often faced with in the lead up to dating, or even when they are into a serious relationship.

Woo-gi is a naive, single-minded student who is satisfied just spending time with Su-jin, who he says he fell in love with at first sight.

Su-jin, on the other hand, is a cynical, independent woman who turns down Woo-gi every time he calls, but who we later find out is a fragile girl who can’t get over being dumped by her ex-boyfriend.

When asked if the film was initially meant to be split into parts, Oh said it was not.

“I didn’t have enough money or the guts to make a feature-length film and tell the staff to wait indefinitely until I came up with the money, which is why I thought of the seasonal theme that would make it easier to connect the separate episodes,” he explained.

Thematically, Oh wanted to describe the “duplicity” that can be shown by people who are in a relationship.

The first episode, in fall, describes men exaggerating their masculinity while being cowardly inside. The second part, in summer, is a silhouette of women who show ambivalent behavior in front of others, and the third focuses on men and women in relationships who seem to have dual personalities.

“Everyone wants to be gentler, nicer and cooler in front of the people they like, but when you are in a relationship, it is not that easy and people lose consistency at times. Then, they start to blame each other for how they have ‘changed,’” said Oh. “But I wanted people to be more understanding toward each other and admit that we are human beings, destined to be complicated and duplex.”

By suggesting showing a warmer and more compassionate attitude to their partners, the director said the film will appeal more to those who have “experienced ridiculous and shameful moments” rather than the young individuals who still believe in “beautiful love.”

The film opens nationwide on Dec. 4.