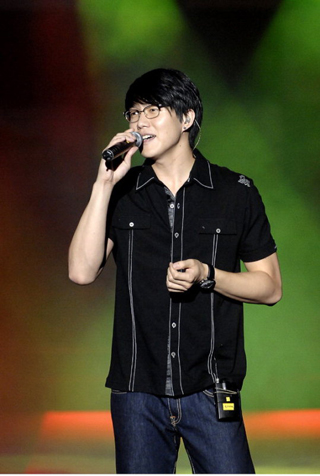 Balladeer Sung Si-kyung unveiled a 30-second clip of his new song “Promise Not to Forget” prior to the release of his new album “Winter Wonderland” on Friday.

Jellyfish Entertainment, Sung’s agency, said on Friday that “Winter Wonderland” is Sung’s winter album comprised of songs that are suitable for the season.

“Promise Not to Forget” was initially sung by singer Lee So-ra, but Sung paired up with Kwon Jin-ah, a participant on the third season of the audition show “K-Pop Star,” in order to remake the duet.

Sung’s “Winter Wonderland” will be put up for sale on Dec. 9 and the singer will hold end of the year concerts on Dec. 5 and 7 at Jamsil Indoor Stadium in Jamsil-dong, southeastern Seoul.

The 35-year-old singer has been away from the music scene for three years.

Instead, he’s been hosting numerous TV shows such as “Witch Hunt,” “Non-Summit” and “What Shall We Eat Today?”
By Sung So-young