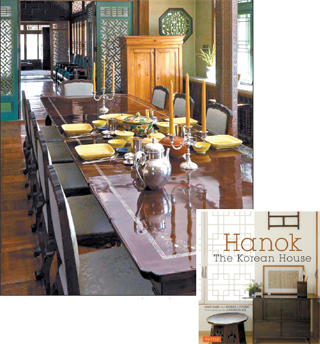 The residence of former Korean President Yun Po-sun (1897-1990), above, is often cited as one of the most beautiful hanok (traditional Korean houses) in Seoul. It is one of the 12 hanok featured in the new book “Hanok: The Korean House.”

Sure, overseas tourists in Korea pass by hanok, or traditional Korean houses, while at famous tourist sites like Insa-dong, Samcheong-dong and Bukchon in central Seoul. But just how many get to go inside?

This is how the idea of “Hanok: The Korean House” began. The book by award-winning illustrator and art educator Nani Park takes readers inside 12 beautiful hanok in Korea.

Included is the home of former President Yun Po-sun (1897-1990), a 130-year-old hanok in Insa-dong, central Seoul, which is often cited as one of the most beautiful and representative traditional Korean structures in the country.

With writing by Robert Fouser, a former professor of Korean as a second or foreign language at Seoul National University and an avid fan of hanok, and photos by Lee Jongkeun, the book breathes life into hanok, which Park says “embodies the quintessence of the Korean people.”

“I tried to show hanok that is changing with the times,” Park said through a press release.

“Hanok, which is made of soil, trees and papers, creates harmony with today’s advanced technology.” 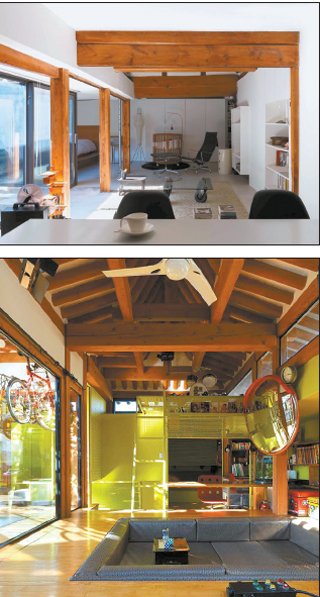 Changseong-dong hanok (top) and Moto hanok (above) are also introduced in the new book by Nani Park, slated to be released early next year. Provided by the publisher

Traditional hanok, for instance, would have a toilet in a separate structure quite far from the main building. But that is not the case with modified hanok, Park says.

The writer, who grew up in a hanok, says the spirit of these buildings is kept alive and that part of the reason for this is because the owners often give them names.

“I think it’s rare for a house to have a name,” says Park, “and it’s interesting how the names of hanok show what kind of life the residents would like to lead.”

The houses introduced in the book include Simsimheon (House Where the Heart is Found); Bansongjae (Studio Cherishing an Old Pine Tree as a Lifelong Friend); and Hwadongjae (House of Becoming One with Others).

The author, who has been working in the art industry for over two decades, also notes that she realized while working on the book how hanok tend to represent their residents. The dining table and chairs at the house of Yun were designed by Yun himself, for example.

The former president, who studied archaeology at the University of Edinburgh, lived in an era that was switching from the traditional to the modern.

Historically, Korean lifestyle was about sitting on the floor rather that at the dining table. But the legs of the dining table and chairs Yun designed resemble the curved legs of soban, a small portable dining table that every Korean household used to own in the old days.

In that way, Yun was perhaps respecting traditions while making dining at his house a comfortable experience for his foreign guests as well.

“You can feel Yun’s warm and caring character [from the house],” Park says.

The book launch was held on Tuesday at Arumjigi Culture Keepers Foundation in Jongno District, central Seoul. About 200 people from the culture and art industries attended.

So why did the author choose 12 hanok?

“Twelve is an important number in the East’s traditions,” she said.

The 12 Earthly Branches, which make up the Chinese Zodiac, is just one example.

“With this project,” the writer continued, “I was able to meet 12 amazing people.”

One thing she regrets, however, is not being able to show hanok in the winter. Because of the publication date, the photo shoots took place in the spring and the fall.

“The icicle hanging on the tip of the eaves of hanok and the geometric beauty of the roof is just indescribable,” she says.

The book is slated to be released early next year.

Tuttle Publishing Company, established in 1948 in Rutland, Vermont, and Tokyo, Japan, and is one of the most notable publishers and sellers of books on Asian culture, language, and history. Lately, it has been expanding its titles on Korean culture in particular.