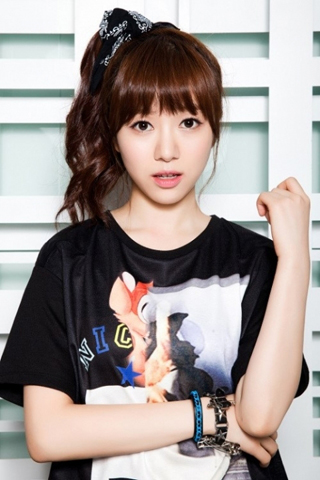 Mina, a member of girl group AOA, put her singing and acting careers on hold for a while after her father died of cancer Nov. 29.

According to FNC Entertainment, AOA’s agency, Mina’s father had been bed-ridden for three months as his condition deteriorated.

FNC Entertainment added that Mina had been her father’s side between work dates.

“She’s currently at the funeral and we will decide her further schedule after the funeral finishes,” the entertainment company said in a release on Nov. 30.

The 21-year-old singer is currently starring in SBS drama series “Modern Farmer” as a supporting actress and her group also recently returned to the music scene with a new digital single “Like a Cat.”

With the death of her father, Mina could not perform with her group on Nov. 29 and Nov. 30 at two live music shows on MBC and SBS.