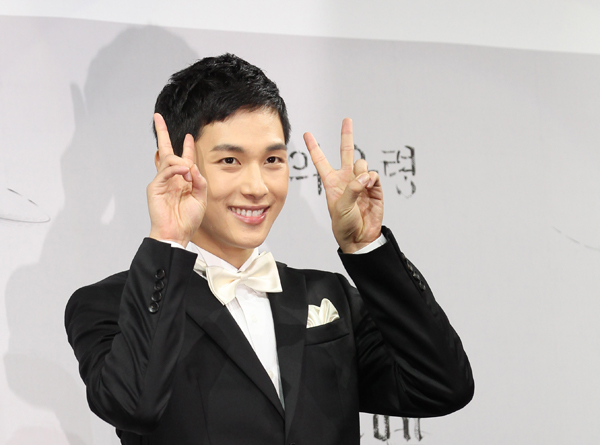 Singer-actor Yim Si-wan has recently presented down jackets to all the staff of drama series “Miseang,” according to his agency Star Empire.

Yim is currently starring in popular tvN office drama series “Misaeng,” an adaptation of a web cartoon of the same name.

In the series, Yim plays the main character Jang Geu-rae who is a timid high school graduate who lands a temporary job as an intern at a trading company, a jungle-like society.

Star Empire Entertainment said in a press release that Yim “wanted to encourage all the staff members who spend a lot of time outside for shooting” and he chose “green and red down jackets as Christmas is on the way.”

Yim debuted on the entertainment scene in 2010 as a member of boy group ZE:A and he has been building his acting career since.

Industry insiders say “Misaeng” is likely to be the most popular and profitable drama series in the history of all cable channel drama series.

According to CJ E&M, the producer of the series, “Misaeng” has earned 1.5 billion won ($1.4 million) in video-on-demand sales in the six weeks from the first airing of the series on Oct. 17.

With eight more episodes to go, the series is likely to earn 3 billion won in VOD sales alone.

Total income for the series isn’t possible to tabulate yet although “Misaeng” has sold out advertising spots for each episode and it is in talks with overseas distributors over selling rights.