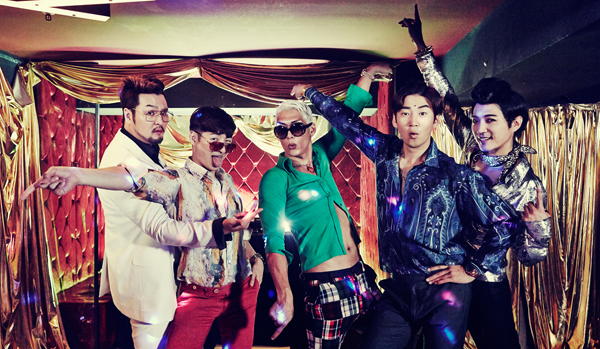 A documentary about reunited K-pop group g.o.d. will hit the airwaves on Monday night.

“MBC Docu Special” usually deals with general news topics such as social issues or political controversies. But one of the nation’s longest-running news magazine shows also air special episodes about top celebrities of the year.

On Nov. 24, the show dedicated an hour of airtime to actress Kim Hee-ae.

MBC said in a press release on Nov. 30 that the g.o.d. documentary will shed light on the K-pop group’s reunion after 10 years.

Having started out in 1999 as a five-member boy group, g.o.d. ruled the nation’s music scene and set numerous records in the 1990s and early 2000s.

With the sudden departure of Yoon Kye-sang, however, g.o.d. went downhill and eventually released its last album in 2005.

Each member has been pursuing his own career but with little success. They recently came back together to record their eighth studio album, which topped numerous music charts for weeks.

The five members are now in their mid and late 30s and the huge success of g.o.d.’s comeback encouraged other singers from the 1990s to return to the music scene.

“The documentary records the journey of g.o.d.’s reunion after 10 years from the photo shoot of their recent album cover to nationwide tours to concerts in the United States,” said MBC in the press release.

With concerts in the United States, g.o.d. wrapped up its promotions of the eighth album and nobody knows if or when the group will come back to perform.