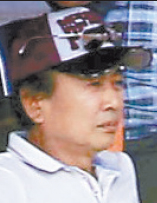 The prosecution will launch a probe Monday into reporters from the Segye Ilbo who wrote an exclusive report Friday on documents from the presidential office that claimed Chung Yoon-hoi, President Park Geun-hye’s former aide, secretly intervened in state affairs and regularly met with three incumbent Blue House secretaries.

Eight Blue House officials, including the three secretaries, filed a defamation suit against reporters, the editor-in-chief and the president of the daily the day of the article’s release. Presidential Spokesman Min Kyung-wook said in a briefing on the same day that the Segye report says is “not true” and vowed to take “strong” legal action.

The main opposition New Politics Alliance for Democracy (NPAD) was quick to dub the scandal surrounding the Park’s former aide from when she first entered politics in 1998 “Chung Yoon-hoi-gate” Sunday and vowed to form a parliamentary committee to investigate the scandal. The party also urged Park to make an official statement on that matter.

The ruling Saenuri Party, however, called the opposition’s move a “low-quality political attack.”

The president may or may not bring up the issue during her biweekly meeting with her senior presidential secretaries scheduled for Monday.

“If President Park avoids making any comment on the issue tomorrow, she would be basically confirming the suspicion that there is a hidden power, Chung, and that he has been maintaining ties with the president and interfering with state affairs,” said NPAD spokeswoman Han Jeoung-ae in a briefing at the National Assembly Sunday.

A key point now is whether the internal reports quoted by the newspaper were actually produced by Blue House officials and if so, who leaked them.

Chung Ho-sung, current secretary at the Office of the Personal Secretary to the President, who was one of the three secretaries named in the article, told the JoongAng Sunday that the leaked documents have “0 percent” accuracy.

“I have never met with Chung [ever since I started working at the Blue House],” he said. “I didn’t know such documents were created, nor have I heard about them … This scandal will serve as an opportunity to disclose all these fabrications.”

On the other hand, a police officer only known by the surname Park, 48, admitted writing up the report after an internal inspection of Blue House officials while he was temporarily dispatched to the Office of the Presidential Secretary for Civil Service Discipline. But he denied allegations that he came away with the documents including the inspection report after quitting work at the presidential office to be relocated to a local police station in February.

The Friday exclusive from Segye cited a Blue House internal report written on Jan. 6 by the senior police officer named Park. The report is based on the office’s secret investigation into the three presidential secretaries after the Blue House obtained intelligence that internal information was being leaked. The main purpose of the inspection was to find the source of the leaks.

The Segye article, quoting the report, said that the investigation revealed that Chung, as a “shadow power,” was collecting information and had discussed state affairs, including the possible retirement of Kim Ki-choon, the president’s chief of staff, through meetings twice a month with 10 Blue House officials and related outside figures, including the three secretaries. Chung holds no official position.

Chung and the three secretaries were aides to Park when she entered politics in 1998. The three Blue House officials often were referred to as the “three doorknobs” that offered access to the president.

The report nicknamed the meetings led by Chung as “Sipsangsi,” a byword for corruption that refers to 10 power wielding eunuchs under Emperor Ling during the later Han period in ancient China.

Chung and the three secretaries have exercised extensive power in political affairs, Park’s schedule and the introduction of new personnel ahead of the 2012 presidential election, according to the investigation report.

Since Park’s election, the three secretaries have been at her side, taking deputy ministerial posts at the Blue House, while Chung tried to stay in the background.

The 59-year-old recently divorced Chung was the figure rumored to be with President Park during the seven hours the president was said to be missing on April 16, the day ferry Sewol sank.

Both the Blue House and Chung denied that allegation, and a Japanese reporter who printed a story about it is now being tried for defamation in Seoul.