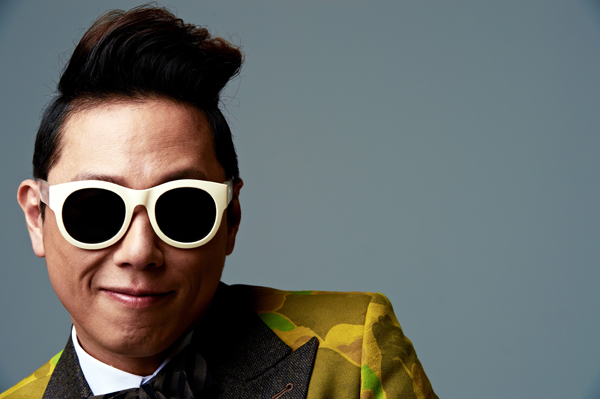 Yoon Jong-shin is inarguably the hottest celebrity in entertainment these days.

He has been performing on stage as a singer for 24 years and is also a producer of his own music label, Mystic 89, which is home to singers Park Ji-yoon and Kim Ye-rim.

The 45-year-old’s artistic spectrum doesn’t end there. He has been running MBC’s talk show “Radio Star” for eight years and is the main judge for Mnet’s popular audition program “Super Star K,” which just rounded off its sixth season.

The versatile entertainer has succeeded in chasing two hares at once. By appearing on variety shows, he is making ends meet, while behind the scenes he can make music the way he wants to.

Yoon was recently selected to be an MC for JTBC’s new talk show “Salon de Raison.” He says “keeping himself busy” has led to making better music in a recent interview with the JoongAng Ilbo, an affiliate of the Korea JoongAng Daily.

Q. How do you feel about appearing on JTBC’s program for the first time?

A. I found the panel very interesting. It includes culture critic Chin Jung-kwon and entertainers Jang Dong-min and Kang Nam, who are the funniest guests these days. My role is to mediate among these people.

Your choice of appearances on variety shows tends toward talk shows. Why is that?

I like to find new inspiration by having many kinds of discussions. I feel a thrill in revealing the guests’ inner aspects through various discussions.

Are there any difficulties?

When the talking doesn’t pan out, many people blame the guest. But it is the responsibility of the MCs and the producers to make it all work. I find it very lousy when the performer blames the guest and the creator blames the public.

What do you think of singer-songwriter Kwak Jin-eon winning the latest season of “Superstar K”?

Over the past few years, there have been changes in the local music scene, which was highly centered on idols. Of course, we have to admit the investment put into making the idol culture. However, in order for the music business to prosper, the market itself has to expand and the mainstream has to change once in a while. Indie music has to constantly challenge the mainstream music scene in order to achieve that.

It’s the 25th anniversary of your debut next year. Are there any special plans?

Celebrating that kind of a thing is not for me, but in the realm of the public or the critics. I will just keep making music.

How do you define your music?

Mainstream artists singing non-mainstream sentiments? I like to make music that emphasizes the singer’s voice with the least amount of instrument renderings.

When I saw you on JTBC’s singing competition program “Hidden Singer,” you seem to be detached from your fans. Was that intended?

Yes. First I thanked them very much, but I also consider it mandatory for the artists to keep a certain distance from their fans. Creators have to do what they like, not what their fans may want to hear.

How do you have time to create music while working so much?

I have things to make songs about when I am facing troubles. I always tell young singers to go outside and experience the world, instead of being cooped up inside their rooms for the sake of being solemn. Just as Buddha and Jesus existed in the real world, artists exist in reality.