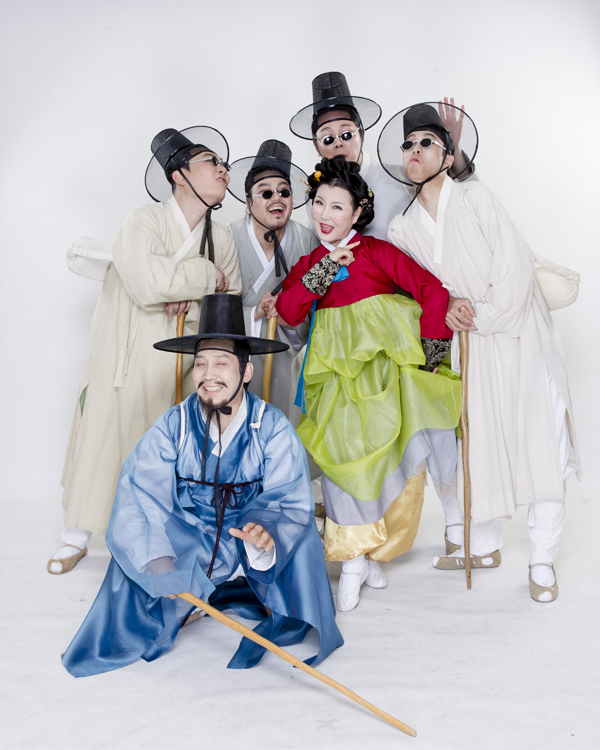 For three decades, Sohn Jin-chaek directed what became known over the years as Korea’s “national performance.”

His Madang Nori - a traditional Korean play that combines various forms of folk entertainment - traveled the country and attracted 2.5 million people since the start of its run in 1981.

These types of shows, which often include puppetry, mask dances and traditional percussion music, among other kinds of performance, were originally presented in open-air arenas like the local market or town square, giving it its name. Madang means “yard” or “square” in Korean, while Nori means “play,”

Sohn’s show was praised for its fun-loving music and humor; however, it was also criticized for having a weak plot, and despite its popularity, Sohn decided to end it in 2010, the year the production celebrated its 30th anniversary.

“A 30-year period symbolizes a generational shift,” he said. “I wanted the next generation to take the baton and continue on with the performance.”

There have been numerous efforts put toward a revival - holding festivals, or as a one-time show - since the Madang Nori disappeared.

But this month, the original show is scheduled to make its official comeback, with Sohn as its director once again - and with a younger cast. The biggest difference, however, is that the play, intended to be performed outside, will be presented in the main hall of the National Theater of Korea.

“Why perform Madang Nori inside?” said Ahn Ho-sang, the director of the National Theater of Korea. “Because I wanted this traditional show to continue in a better environment.”

Ahn said he once watched Madang Nori many years ago when it was held in the carpark of the National Theater of Korea, before he was appointed to direct the venue.

“I didn’t know much about the show so I thought it would be held inside the theater. But to my surprise, it was being held outside in the car park on a chilly evening. There were a lot of people watching, but I felt sorry for them for watching this show out in the cold.

“It’s true that Madang Nori can be enjoyed to the fullest when it’s held in the open air,” he said. However, it’s “time to make the show more appealing to audiences today.

“Those who enjoy the performing arts in Korea are now very used to watching shows inside a theater,” he said. “When it comes inside, we can raise the degree of its completion and even add visual effects so it can be enjoyed even during the winter by not only the older generation, but also younger audiences.

Ahn said he asked Sohn to modify the Madang Nori to suit the theater and acknowledged he was only able to “persuade” the director after several attempts.

“I was hesitant to start the Madang Nori again,” Sohn said, “because if I did start, I wanted it to last another 30 years with the younger generation.”

The possibility of running the show for another 30 years, with new content and a few alterations, convinced Sohn to accept Ahn’s request.

“There are many performances in Western countries where the whole family is invited to watch the show at the end of the year,” Sohn said. “There are two ballet companies that perform ‘The Nutcraker’ during the Christmas season for families, but that’s it. I hope this new Madang Nori becomes an annual end-of-the-year tradition for families. I think it’s more significant since it’s a folk show that embraces Korea’s traditional performing arts.”

The show, according to the theater, will be a “21st century version, theater-style Madang Nori, reuniting the original production crew.”

The National Changgeuk Company’s artistic director, Kim Sung-nyeo, who came to fame as a stage actress with her role in the old version of Madang Nori, will also participate, but this time as a theatrical director to guide her juniors.

Because the show has been revived, its organizers have stated that the performance will unfold “with upgraded space, while maximizing the characteristics of harmony between the seats and the stage.”

One of the charms of the original Madang Nori was that it contained no boundaries between the audience and the stage. To make sure the same charm exists in the new version, stage designer Park Dong-woo said he plans to install temporary seats on three sides of the Main Hall’s proscenium so that the audience encircles the stage. A cloth 11 meters (36 feet) tall, to be used as a screen, will also cover the whole space so that the audience has a 360-degree view of the environment, which will be “the underwater palace of the dragon king.”

As for the cast, Kim Hak-yong and Song Jae-young will alternate taking the role of the blind man, Shim.

Seo Jung-gum and Kim Sung-ye will alternate the role of Ms. Bbaeng Deuk, while younger members of the National Changgeuk Company, such as Min Eun-gyung and Hwang Ae-ri, will alternate the role of Shim Cheong. The show will also feature traditional dances, including the Cheoyong Dance, the Salpuri (a shaman ceremonial dance) and the Ssitgimgut (a shaman ritual for cleansing the soul of the deceased), as well as traditional folk music by the National Orchestra of Korea.

“I get asked a lot what the main difference is between the new version and the original,” said Sohn. “It’ll be presented inside, with visual effects and upgraded content, and talented and trained young cast members.

“There are no tactics,” he continued. “The new version will just be a one-and-only entertainment show for the whole family - grandparents, parents and young children - that still keeps our valuable tradition.”

“Madang Nori - Here comes Shim Cheong,” kicks off on Dec. 10 at the Main Hall of the National Theater of Korea. The show starts at 8 p.m. on Tuesdays, Thursday and Fridays and at 3 p.m. on Wednesdays, weekends and public holidays. There are no performances on Mondays.