Chung dares state to investigate him

Chung dares state to investigate him 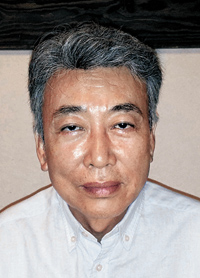 Chung Yoon-hoi, 59, described as the power behind President Park Geun-hye’s throne in a recently leaked Blue House internal report, denied all the allegations swirling around him in an interview Sunday.

“Investigate everything about me - from my phone records to closed-circuit television records - I am willing to go to jail should any fault be found,” Chung said in an exclusive interview with the JoongAng Ilbo.

“But if it turns out [the allegations] are false,” he warned, “[related] government officials should take responsibility.”

According to an internal report written on Jan. 6 by the Office of the Presidential Secretary for Civil Service Discipline, revealed by the local daily Segye Ilbo on Friday, Chung led a group of 10 close aides to the president - including three serving as presidential secretaries - who had regular meetings to discuss state affairs and how their influence should be used.

But Chung disparaged the validity of the internal Blue House report, describing it as a “mere collection of jjirasi.” (Jjirasi, derived from a Japanese word, refers to unconfirmed calumnies going viral in the stock market community and media.) “The prosecution should find out the truth behind how such a report was created, reported and leaked,” Chung continued. “I have never been contacted by either the president or the three presidential secretaries. That 10 people gathered to talk about state affairs and I interfered with HR matters is completely groundless, an absolute fiction.”

Chung said ever since he quit working as the chief of staff for Park when she was running for president in 2007, he has stayed out of politics.

“The main opposition party and the majority of media outlets are being carried away by groundless rumors,” he said. “Some appear to be taking advantage of me to deal a blow to President Park.”

In regards to a March report by a left-wing weekly that he once hired someone to shadow President Park’s younger brother, Park Ji-man, Chung said he filed a suit against the magazine because the allegation was false and he vowed to continue taking legal action against false accusations.

It was that suit that brought Chung back into the public eye recently.

He was again put under a spotlight after rumors circulated that he was with President Park during the seven hours the president was alleged to be missing on April 16, the day the Sewol ferry sank. They have both denied those rumors. Park and Chung have a personal relationship dating back more than three decades.

Recently divorced, Chung is the former son-in-law of Choi Tae-min, the late pastor who is known to have mentored Park when she was playing the role of the de facto first lady during the 1970s after her mother was assassinated.

After the fact that Chung was the son-in-law of Choi stirred controversy in 2007, her relationship with the pastor was considered a political liability. Chung quit his post as Park’s campaign chief for the 2007 Grand National Party presidential nomination, and disappeared from public view.