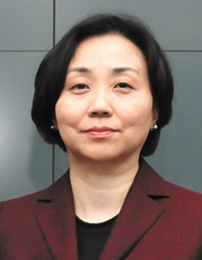 Employees from the Seoul Philharmonic Orchestra released a statement on Tuesday appealing for the expulsion of Park Hyun-jung, their current president, insisting that their 52-year-old leader had violated their human rights.

Park was appointed to head the city-run orchestra in February 2013. Her term expires in January 2016.

Seventeen employees among 30 from the management department of the Seoul Philharmonic Orchestra insisted in their release that Park’s “abusive language and sexual harassment” was in violation of their personal rights and that she had “consistently abused her authority on human resources affairs.”

The employees said they would request an inspection from the Seoul Metropolitan Government over those issues.

“This statement is our cri de coeur from the employees who feel like they are standing on the edge of a cliff,” read the statement. “The Seoul Philharmonic Orchestra is a valuable cultural asset for Seoul’s citizenry. Because of one person, this cultural organization is shattering to pieces.”

Since Park’s appointment in February, 13 employees have left the company, according to the statement, which accounts for 48 percent of those employed in the management department. The press release also described in detail how Park had supposedly insulted and harassed her subordinates.

The document stated that Park had reiterated on several occasions to employees transferred to new departments that “if any damages occur in regard to the orchestra, you will have to sell your organs, because you won’t be able to pay [that debt] on your salary.”

She also reportedly told female employees to “go out and sell records wearing miniskirts,” and that they would be “better working as barmaids.”

The statement went on to note that Park abused her authority as a president by revising the organization’s provision of personnel, and hiring her friends’ children or her students without going through proper employment channels.

Additionally, the employees accused Park of destroying the image of one of the oldest orchestras in Korea, and provided detailed accounts of times when she had insulted workers at official events.

The statement went on to say that one foreign representative had relayed to internationally renowned maestro Chung Myung-hun, the orchestra’s music director, concern over Park’s negative attitude.

Sponsors for the Seoul Philharmonic Orchestra have also turned their backs, according to the employees. The statement illustrated the sudden drop in the number of members within the orchestra’s sponsor group, SPO Patrons. There were originally 44 members when Park was appointed, but that number has since dropped to 11, the statement said.

Park announced that she will hold a press conference on Wednesday. She is the orchestra’s first female chief executive. 