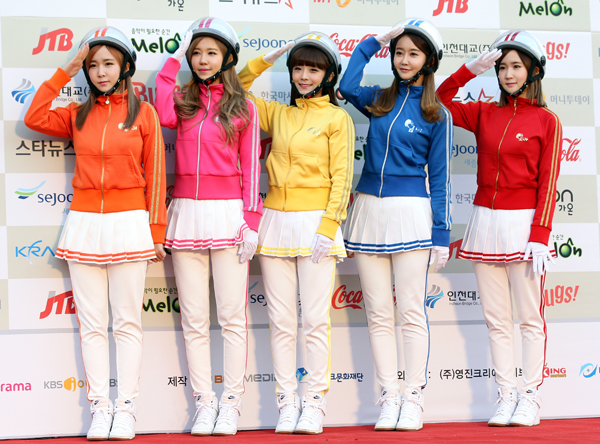 The girl group’s agency, Chrome Entertainment, said that Crayon Pop and other lesser-known musicians from the company all sang together on the seasonal dance song.

Although the girl group debuted in the music scene in 2012, the track is its second Christmas song after “Merry Christmas,” which was released last year.

Many other musicians also release seasonal songs around this time of year. One is balladeer Sung Si-kyung. He will release “Winter Wonderland” on Dec. 9.

Prior to the release of his first album in three years, his title track “Promise Not to Forget” was made available on Wednesday and topped numerous music charts upon its release.