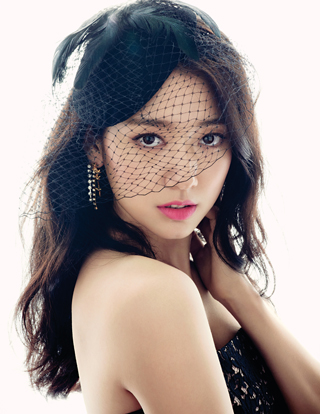 Actress Park Shin-hye has more than seven million followers on the Chinese social networking website Weibo, the largest number for a Korean actress, according to her agency Salt Entertainment.

Currently, Psy has the largest number of Weibo followers among all Korean celebrities with 25 million.

Lee Min-ho and Lee Joon-gi follow the “Gangnam Style” star with 23 million and 15 million followers each.

The 24-year-old actress rose to stardom in China with the 2009 drama series “You Are Beautiful,” in which she paired up with actor Jang Keun-suk. She positioned herself clearly in the Chinese entertainment scene with her other dramas such as “The Heirs” (2013).

Park is currently starring in the SBS drama series “Pinocchio” and her new period film “The Royal Tailor” will soon open on Christmas Eve at theaters nationwide.