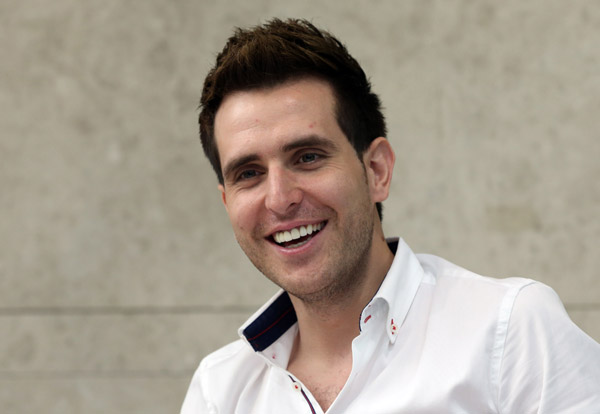 Popular Turkish TV celebrity Enes Kaya has pulled out of all the shows he was appearing in on Tuesday after becoming involved in an adultery scandal.

The rumors surfaced on Monday after a 30-year-old woman wrote a post online claiming she was in a romantic relationship with Kaya.

The woman wrote that she thought Kaya was single when she was dating him but later realized he was married after seeing him on a TV show.

She also shared screen shots of messages she had exchanged with Kaya through KakaoTalk in which he used sexually suggestive phrases.

“I’ll let you spank me,” one message from Kaya reads.

The woman said she wanted to prevent other women from being victimized by Kaya, who pretends that he is single.

Kaya has said on multiple shows that he married a Korean woman in 2011 and has a daughter with her.

Kaya did not confirm or deny the rumors.

JTBC talk show “Non-Summit,” which features Kaya as a guest, said on Tuesday that it will edit out his parts.

“Whether the rumor is true or false, we will not use his parts for the upcoming episode,” said a production team of “Non-Summit.”

Kaya was also hosting the movie show “Weekly Magazine” on cable channel Screen, but its production team said it has replaced him with a voice actor at the request of the scandalized star.

It was scheduled to hit TV screens on Thursday, but the channel has delayed it from airing.