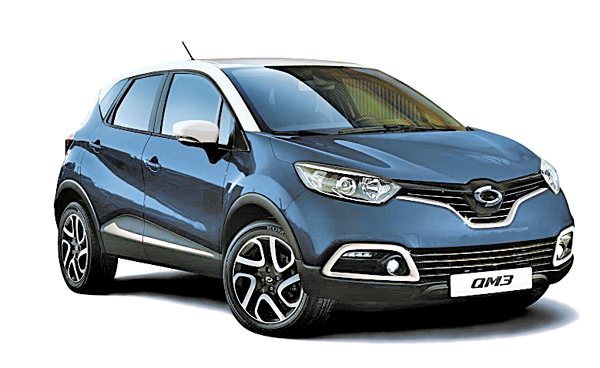 Renault Samsung Motors has high hopes for its upgraded best-selling QM3 as it tries to boost domestic market share.

The automaker said Monday it has started selling the 2015 edition of the small SUV with features like detachable leather seat covers, a back-up warning system and one-touch, driver-side power windows included in the basic SE trim level. The company said it decided to add the features after monitoring customer demands for a year. The detachable leather seat covers are available only in Korea.

The company said it expects the QM3, which gets 18.5 kilometers per liter (43.5 miles per gallon), to be a sales leader, along with the new SM7 Nova large sedan and SM5 diesel sedan.

The company sold 8,568 cars in Korea and 13,509 overseas in November, a combined increase of 56.9 percent from a year ago. The company had total domestic and international sales of 146,210 units this year through November.

The QM3 sold 1,000 units in seven minutes when it was introduced to the Korean market in December 2013. It is the best-selling model in Korea among models manufactured overseas with 16,014 units sold in the first 11 months of the year. The QM3 is manufactured in Spain.