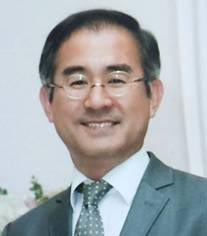 A newly appointed presidential aide in charge of education has faced snowballing pressure to step down over his defensive stance toward North Korea’s nuclear arms program and a critical view toward the United States, South Korea’s key ally.

President Park Geun-hye appointed Kim Sang-yule, a professor of English literature at Sookmyung Women’s University, as her new senior presidential secretary for education and culture on Nov. 18. Shortly after his appointment, questions surfaced in the media over his qualifications for the job, primarily based around his 2005 publication.

“North Korea’s possession of nuclear arms is nothing but a trump card that a small, weak country must pursue for its survival and independence,” Kim wrote in his book “Overcoming the Difference.”

The stance contradicts the Park administration’s policy that it won’t tolerate a nuclear-armed North Korea.

In his book, he also wrote that it is a self-centered idea for the United States to treat terrorism, weapons of mass destruction and North Korea’s nuclear arms program as threats. “Sept. 11 is relevant to the violent U.S. culture. The Bush administration used the Sept. 11 terrorist attacks to drive the world into a fear of war and blindside human rights.”

He also defended a conspiracy theory about the Sept. 11 terrorist attacks, calling the World Trade Center and the Pentagon, the targets of the attacks, symbols of U.S. capitalism and militarism.

“Although it remains to be seen who the terrorists were, they appeared to have made a choice based on a clear prediction that the outcome of the terrible terrorism will unite the American people,” he wrote.

At the time, it had already been concluded that the attacks on Sept. 11, 2001, were committed by the Islamic terrorist group al-Qaeda and led by Osama bin Laden.

After his suitability to serve at the Blue House was challenged, Kim said on Nov. 25 that he was only trying to introduce some academic theories in his book and that he felt sorry that some expressions had caused misunderstanding.

“As a believer of liberal democracy, I have a strong conviction in the denuclearization of the Korean Peninsula and the need to maintain a partnership with the Untied States,” Kim said. “I provided enough explanation already during the vetting process.”

The conservative ruling Saenuri Party, however, expressed its displeasure toward Kim and demanded more convincing explanations.

“Kim must hold a press conference and explain his position before the public,” Saenuri Party Rep. Shim Jae-chul said on Wednesday. “Or else he must immediately resign.”

During the ruling party’s senior leadership meeting, Shim said that Kim had anti-American, pro-Pyongyang and leftist views by defending the North’s nuclear arms programs and the conspiracy theory around the Sept. 11 attacks.

He added that the problem is particularly serious because Kim was serving in an influential position that deals with the country’s policies on education, culture and sports.

“And yet, Kim is trying to evade the situation by insisting in one sentence that he has a strong belief in the denuclearization of the Korean Peninsula and Korea-U.S. alliance,” Shim said. “He must hold a press conference and explain in detail how his beliefs were changed and why.”

In late November, Saenuri Reps. Kim Jong-hoon, Lee No-keun and Ha Tae-keung held a press conference urging Kim to resign since his beliefs did not match up with President Park’s philosophy.

Despite Kim’s explanation, they said they did not believe his convictions had been so easily changed, particularly because he was in his late 40s when he wrote the book.

The lawmakers also urged the Blue House to make public the details of Kim’s appointment, including who recommended him and how he was vetted.

The Blue House said Kim has already explained his position and it will not elaborate further.

The main opposition New Politics Alliance for Democracy, however, remained conspicuously silent during the appointment of the key Blue House aide.

As of Wednesday, the party had not issued a statement commenting on Kim’s qualifications.